"Behind the Lens" Part 19 Corum The Admirals Cup 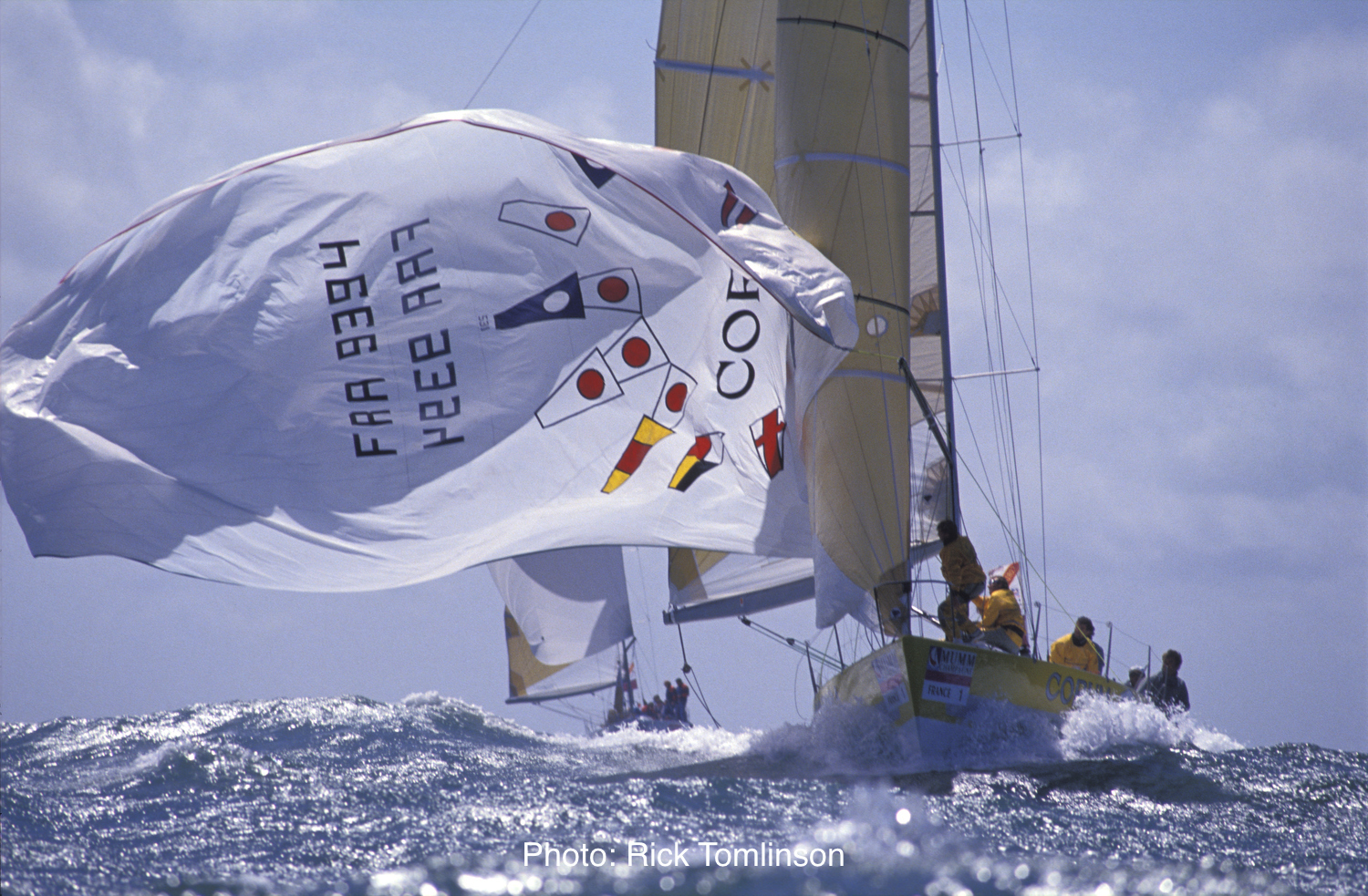 The Admiral's Cups in the 80's and 90's were incredible events, the first one I photographed would have been the 87 edition, I was very much a rookie on the yachting photography scene, the only pictures I had had published were taken onboard Drum.Shooting from a media boat with a load of professional photographers around me was a new experience. They were a great bunch, Daniel, Carlo, Guy, Dan, Roger, Soe etc and again I was encouraged by Tim Jeffery at Yachting World.

One of the most successful sponsorship in sailing was Corum watches, they had boats in the 87, 89, 91 and 93 Admiral's Cup. I was appointed their official photographer for the '91 season when they had three boats, Corum Diamant, Corum Rubis and Corum Saphir (one ton, two ton and a 50 footer).

Lou Lou Rendall, head of Corum's PR, was my boss and one of the key objectives was a photograph of all three boats together in advance of the AC.But the boats were all doing their own class events and there was just one window of opportunity when all three would be close enough to schedule a photo shoot.It was off Nieupoort Belgium during the One Ton Cup but it would have to be early as the Corum Diamant was racing and the weather would have to cooperate.

Just after dawn we managed to get all three boats in the same bit of water, the fifty had just arrived having sailed overnight. With a Flemish helicopter pilot with little English, Lou Lou in perfect French using a VHF from a noisy helicopter, managed to coordinate three boats that did massively different speeds to line up for just a few seconds so an English speaking photographer could get the shot. This was years before digital, I was shooting on film so couldn't check what we had.

The Corum Team won the Admirals Cup in 1991 with what was probably the first full professional sailing team and a campaign that was way ahead of its time, in both sailing and marketing strategies. 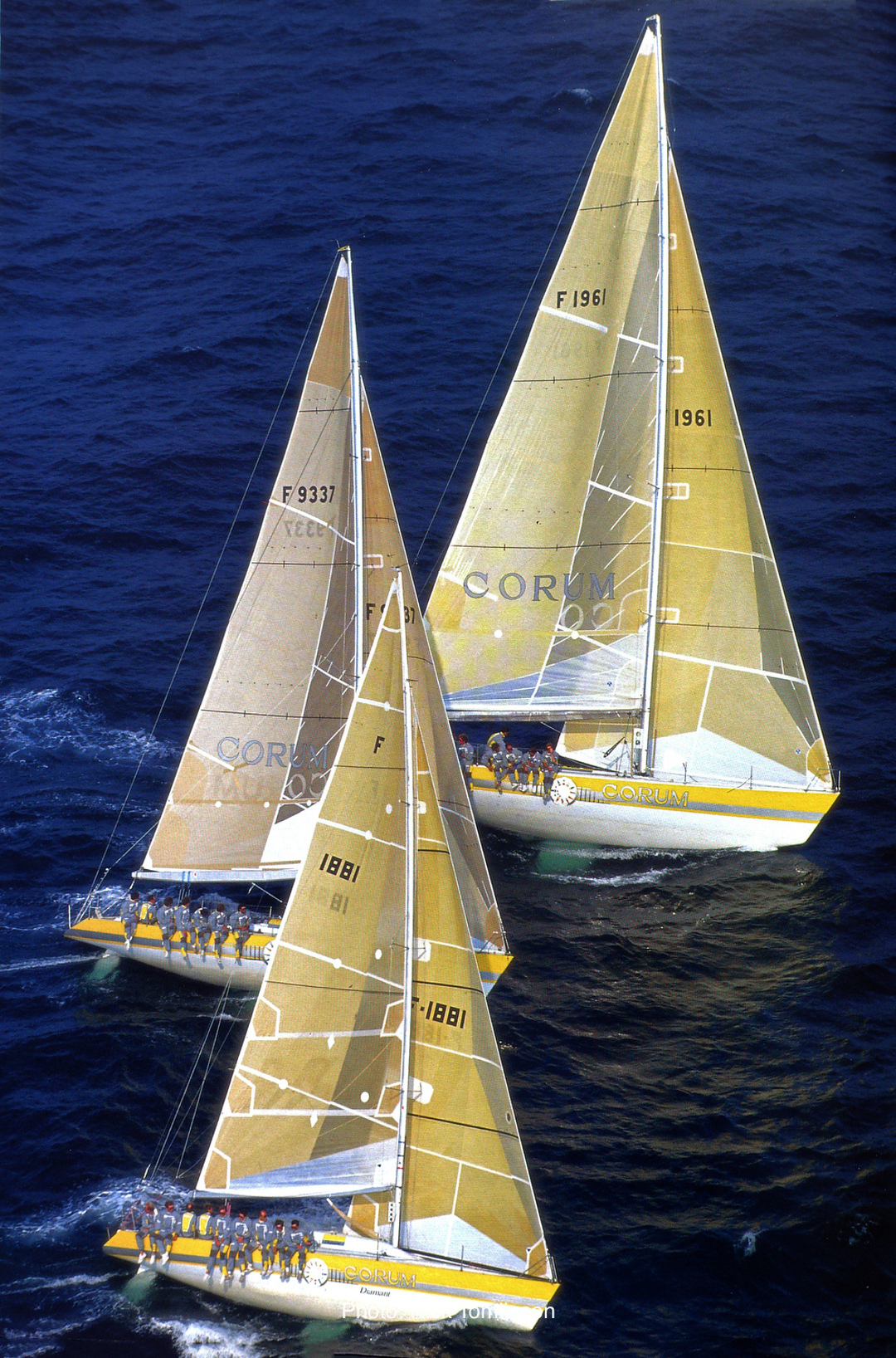 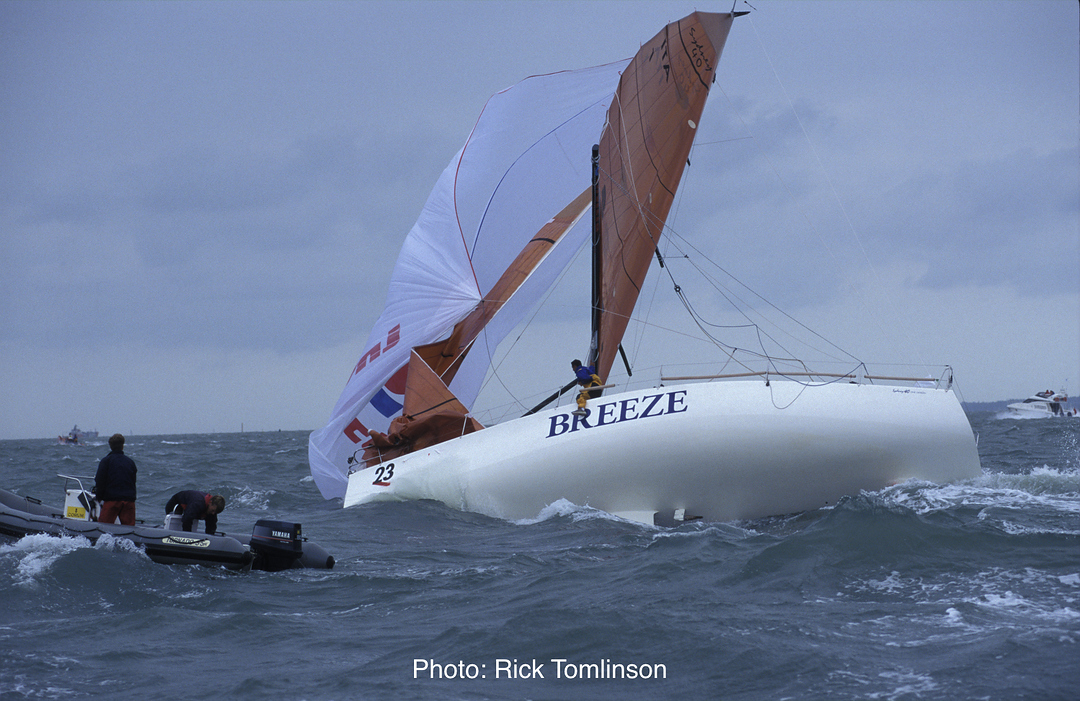 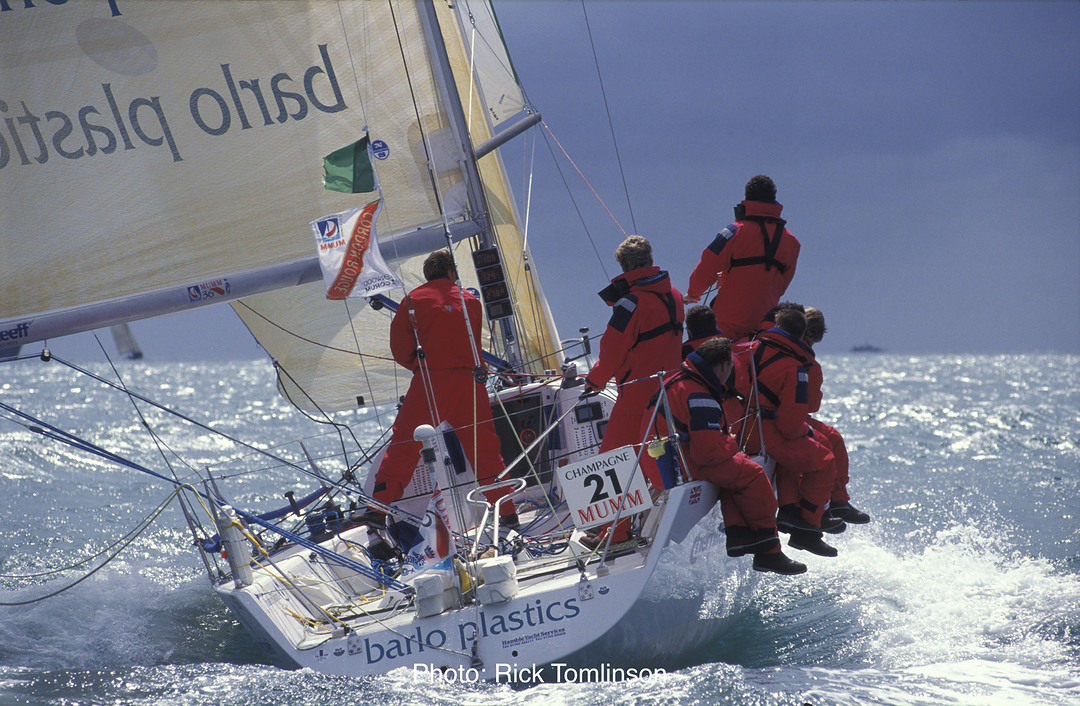 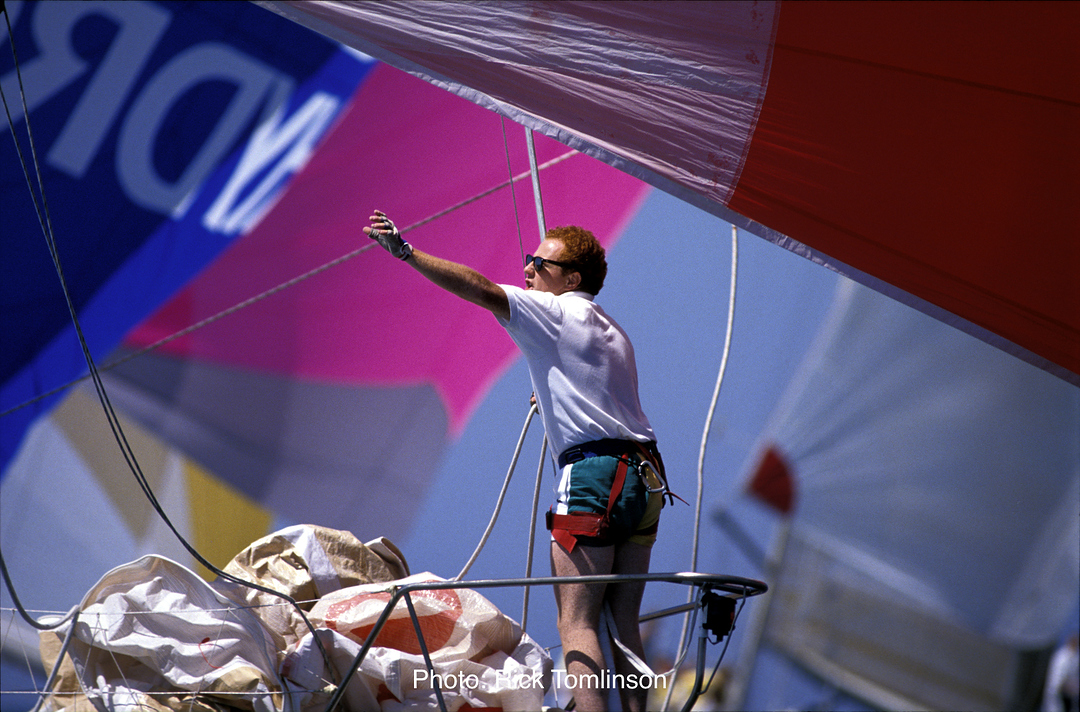 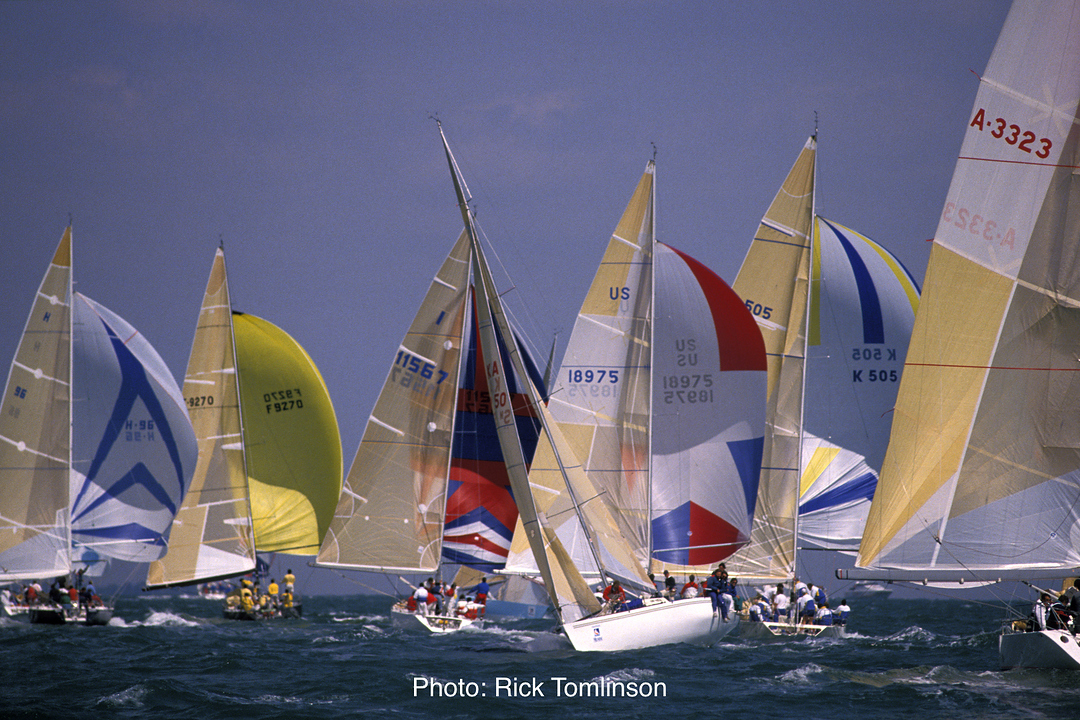 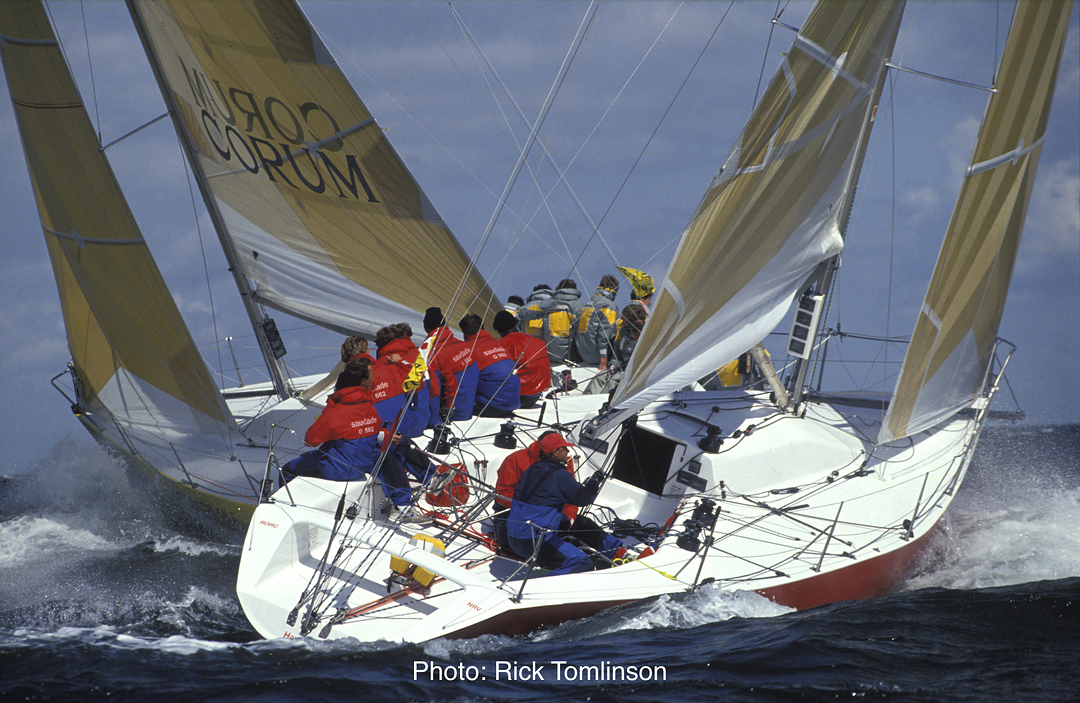 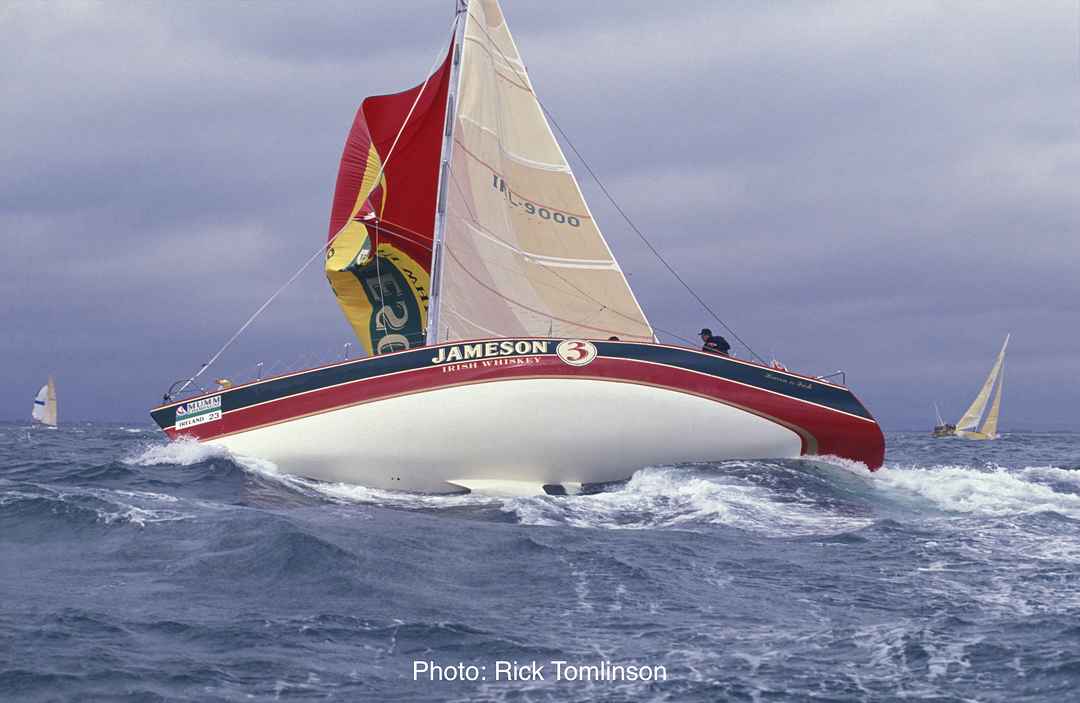 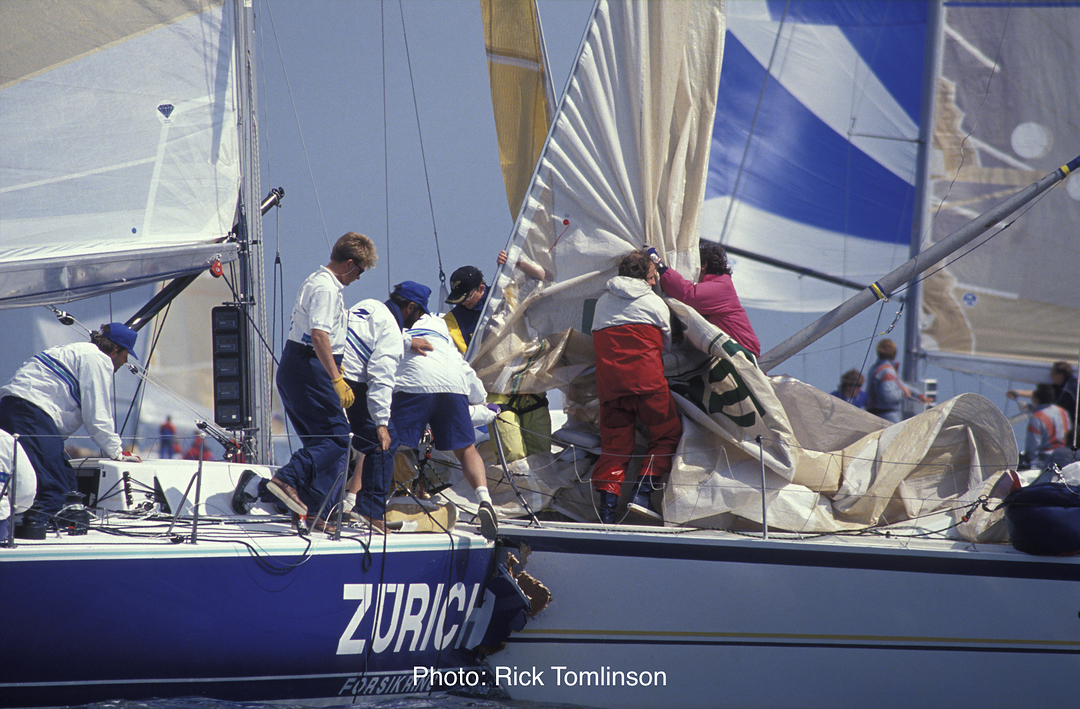 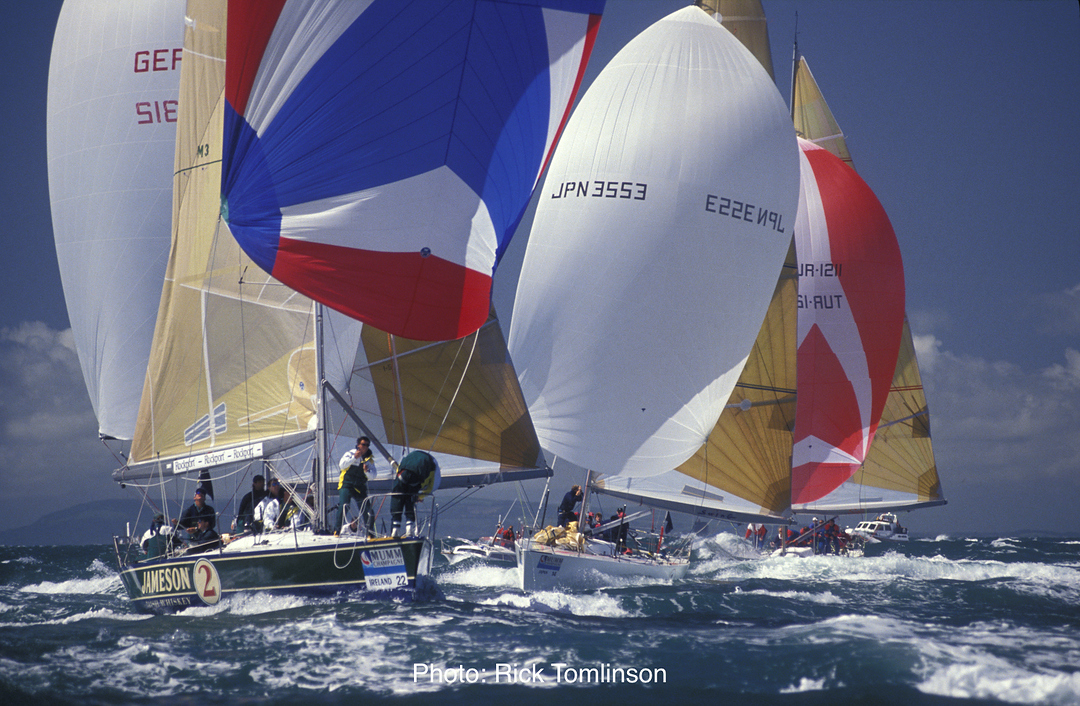 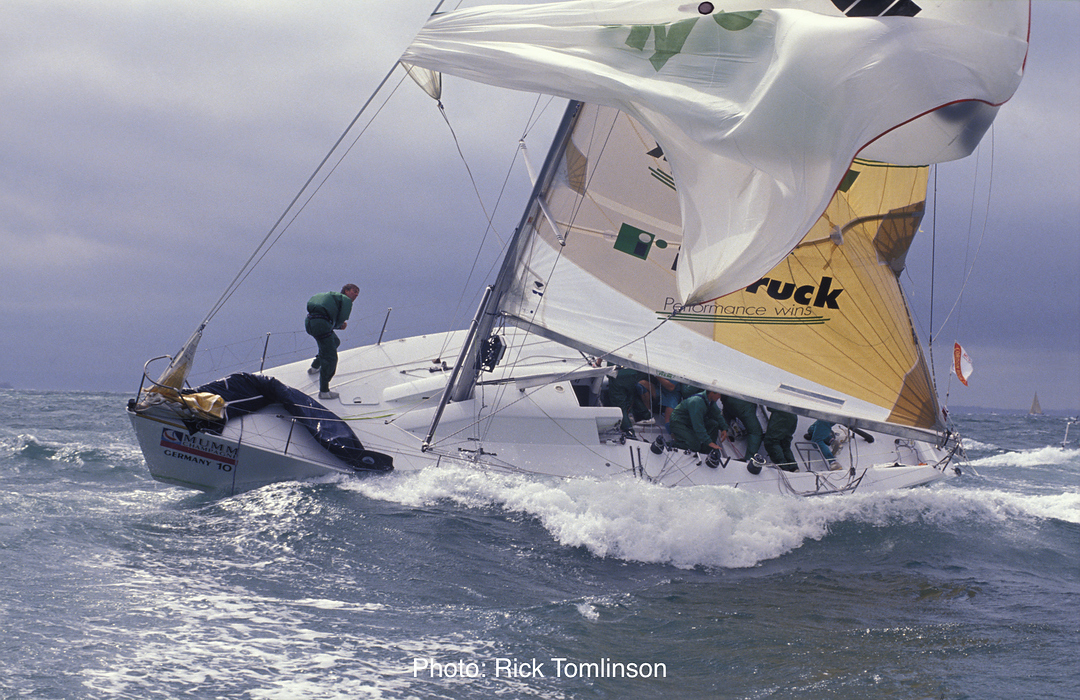 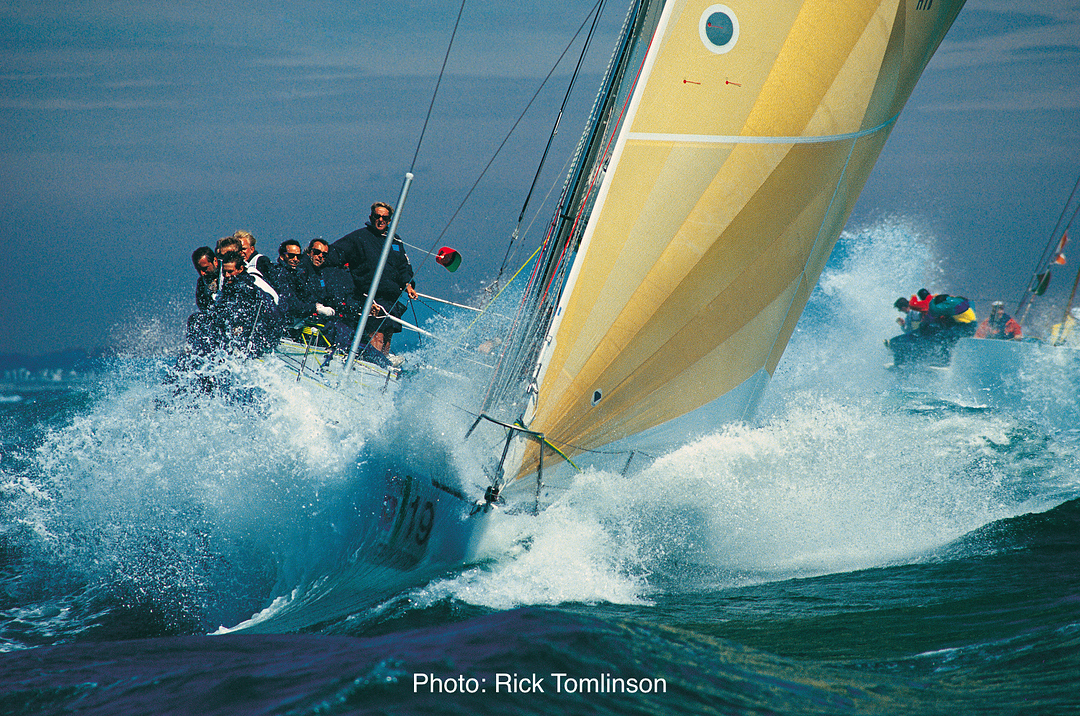