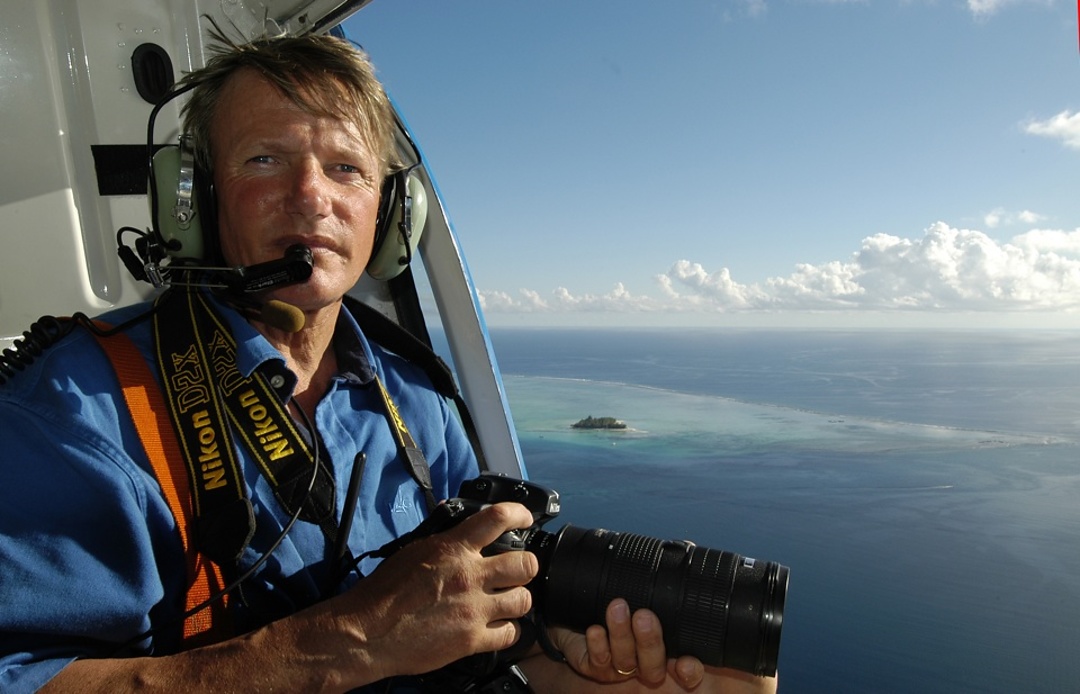 Rick Tomlinson made his name capturing the Southern Ocean at its most treacherous from the decks of various yachts in the Whitbread Round the World Race. He started with freelance pictures published in Yachting World and Seahorse from Drum in 1985 and finished his 4 Race Whitbread career with a commission from National Geographic onboard Team EF.

Born in 1958, Rick grew up on the Isle of Man, where he established a serious interest in sailing, spending much of his time on the water racing dinghies dreaming of one day competing in the Whitbread Race. Rick's enthusiasm for photography began whilst he was boatbuilding and sailing, particularly with his friend Nick Keig, who campaigned the Three Legs of Mann and VSD multihulls. Veteran yachting photographers Alistair Black and Christian Fevrier came to photograph the boat inspiring Rick into the world of professional yachting photography.

In 1983 Rick joined the build team of the Whitbread Maxi Colt Cars. The yacht ended up in the hands of Duran Duran's lead singer rock star Simon le Bon with the new name 'Drum'. Through working on the build team Rick was given the opportunity to crew aboard Drum.

After the near fatal roll in the Fastnet Race when Drum's keel broke off, the boat was quickly repaired for the start of the Whitbread Round the World Race 1985. Rick was one of the crew. On Drum Rick offered to take some pictures and set off on the race with one Nikon and 20 rolls of film, his photos were a huge success and redefined onboard photography with his trademark slow exposure night time shots of the Southern Ocean.

Eventually Rick sailed in four Whitbread Round the World Races, onboard Drum, The Card, Intrum Justitia and with the two EF teams in the 1997 Whitbread where he was commissioned by National Geographic.

He was official photographer for the Volvo Ocean Race 2001-2 and 2008-9 races. The GBR Challenge at the America's Cup in Auckland, Team SCA and numerous other projects. Between projects Rick travels to regattas around the world, usually chasing yachts from a helicopter or chase boat and always on the lookout for a unique angle. Rick is also involved in marine advertising photography undertaking commissions for many of the worlds leading Production and Superyacht builders.

Yacht racing aside, Rick has extended his skills into workshops, expedition & project photography to such places as the Arctic and Antarctic, Chile, Alaska, Caribbean and Africa, plus special assignments for the RNLI. In 1992 he was awarded with the RNLI Bronze Medal (with Nick Keig) for saving the lives of two fishermen off the coast of Northern Ireland, while on assignment for the RNLI. At the 2012 Volvo Legends event he was awarded the "Volvo/Inmarsat Pioneer of Media award" in recognition of his work in the Whitbread races and inspiring the full time role of media crew member on Volvo Ocean Race yachts. In 2013 and 2015 he was voted the Mirabaud Yacht Racing Image of the Year (peoples choice).

Ricks most recent expedition was to the Falkland Island where he led a group of photographers photographing wildlife onboard Skip Novak's expedition yacht Pelagic Australis.