"Behind the Lens" Part 23 The RNLI Shoots 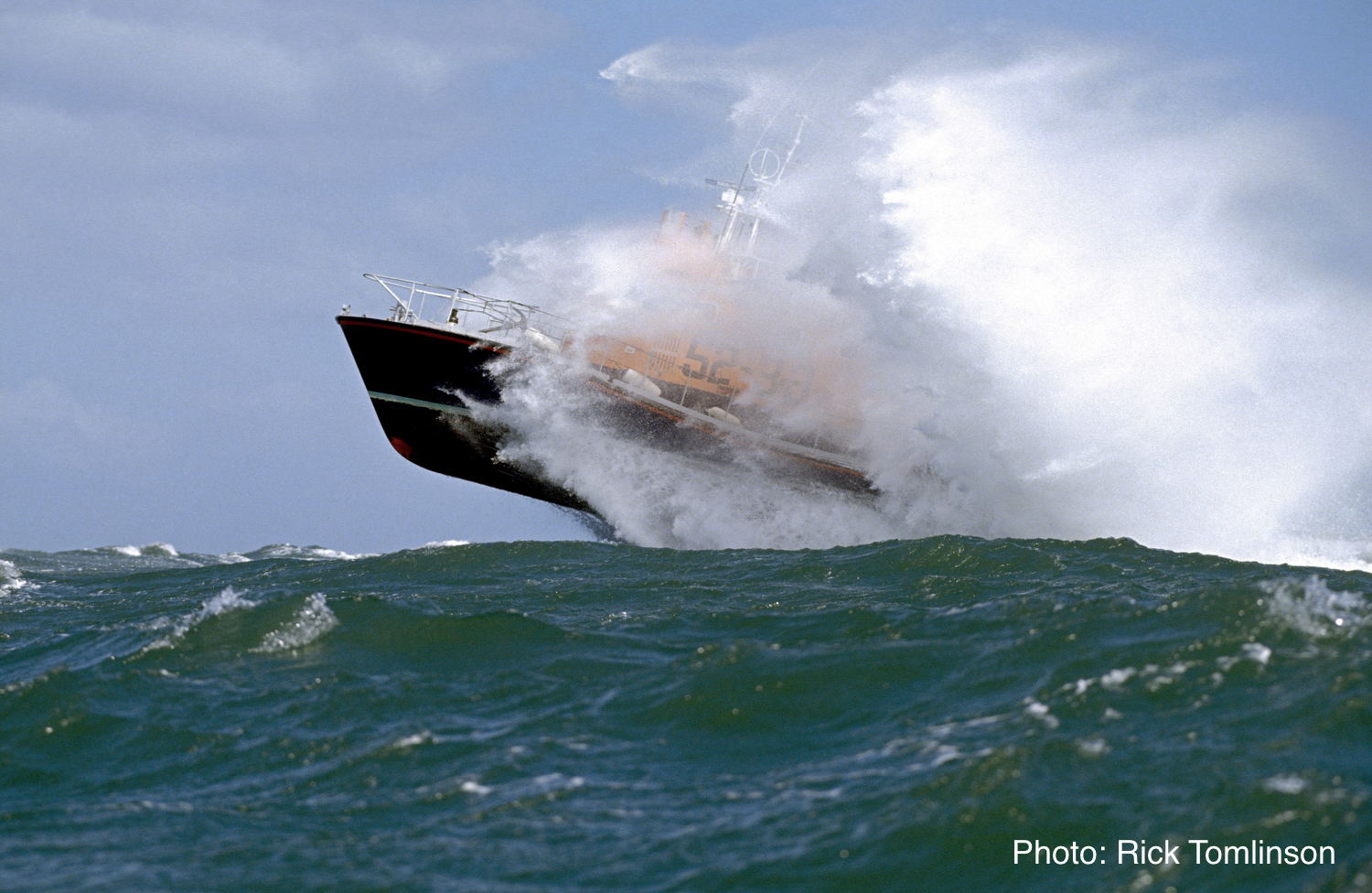 Back in the early 90's Rothmans Ireland wanted to give something back to the community. Organised by the late Tom Power along with Richard Burrows (Jameson Whiskey) and Terry Johnson, they asked me to photograph all the Lifeboat stations around Ireland to create an archive of pictures that could be used for fund raising and promoting the RNLI.

I did most of the shoots with my friend Nick Keig from the Isle of Man, (Three Legs of Mann trimarans). We took a landrover with a rib behind and drove all round the coast of Ireland. We did it during the winter to get the roughest weather but we could only manage about 5 stations per week as the daylight was short and the distances between the stations quiet long. There were more than 35 stations so it took us about 6 weeks, but the hardest part was not on the water. After the shoot each of the crews wanted to take us to the pub, it was fine for them to have a few pints of Guinness one night, but we had to do it night after night or else they would think we were lightweights!(which of course we were)

I expected the best pictures to come from the Atlantic coast but in reality its was the east coast station of Donaghadee that served up the perfect wave where the 50 ton Arun Class lifeboat got airborne, but we were working from just a 5 meter RIB. 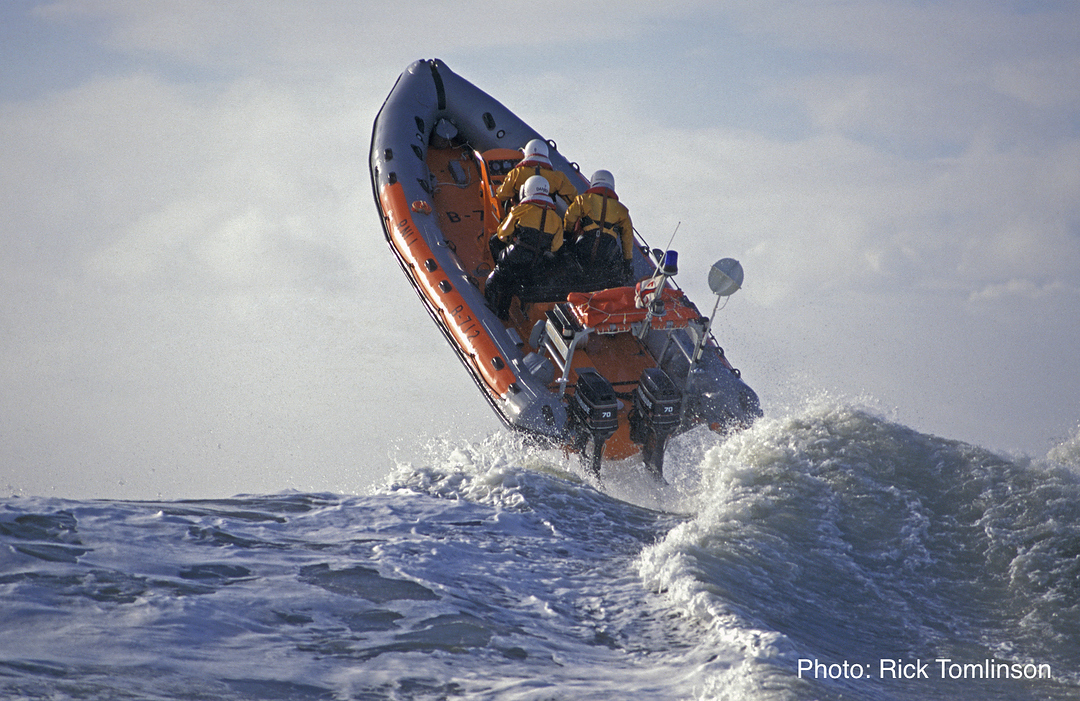 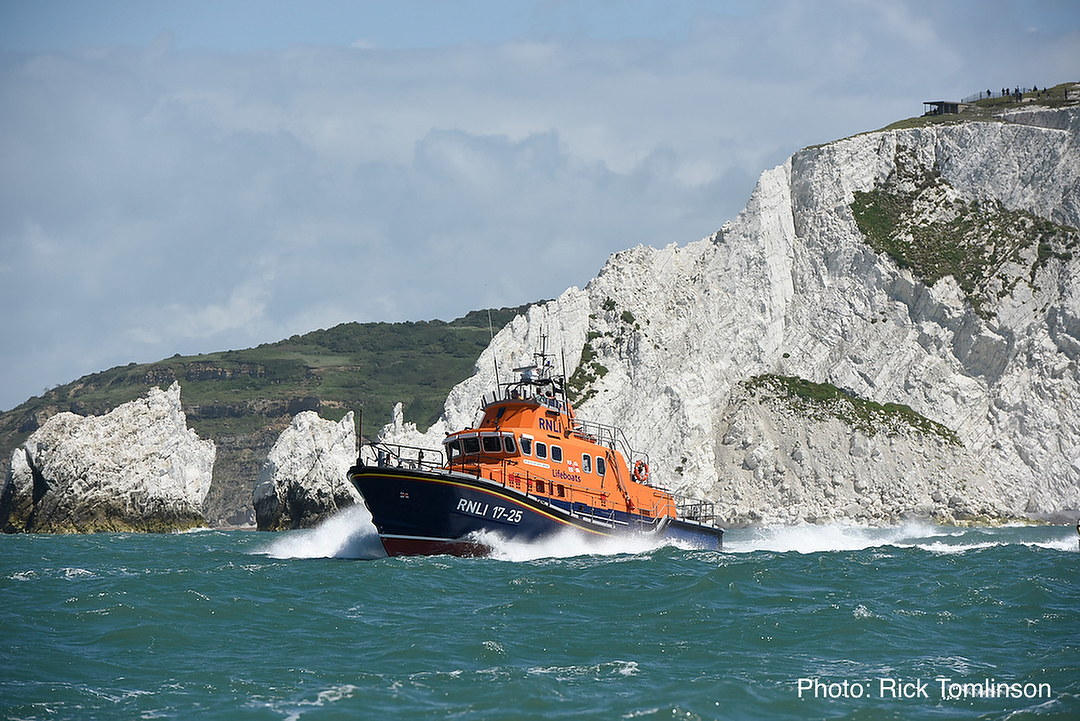 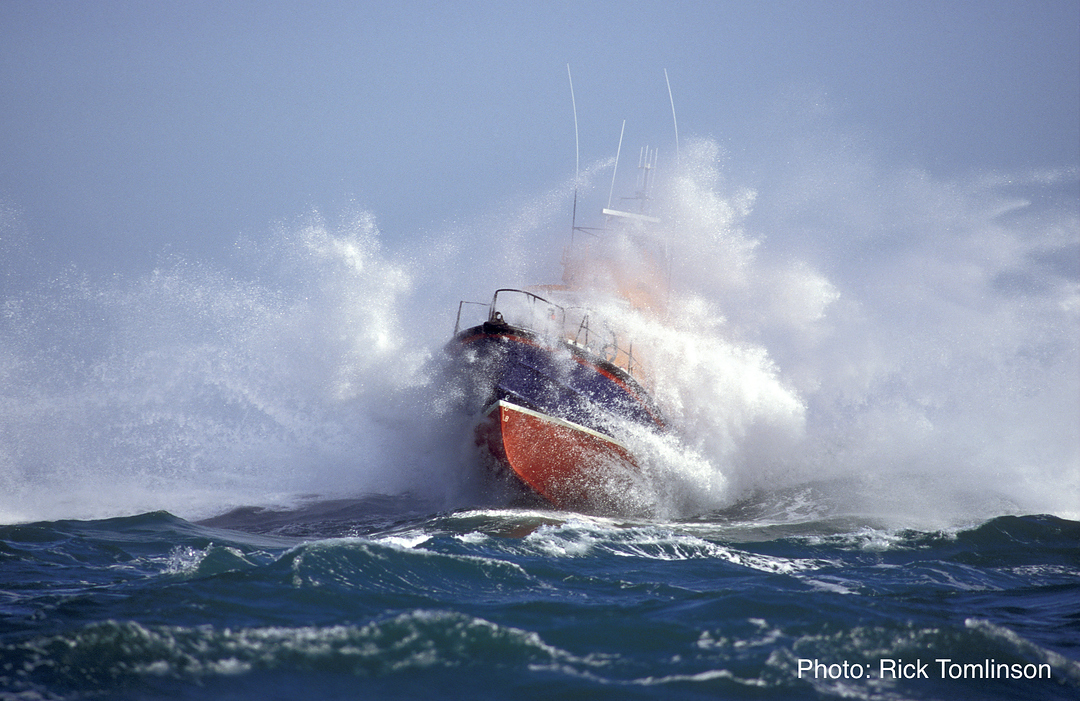 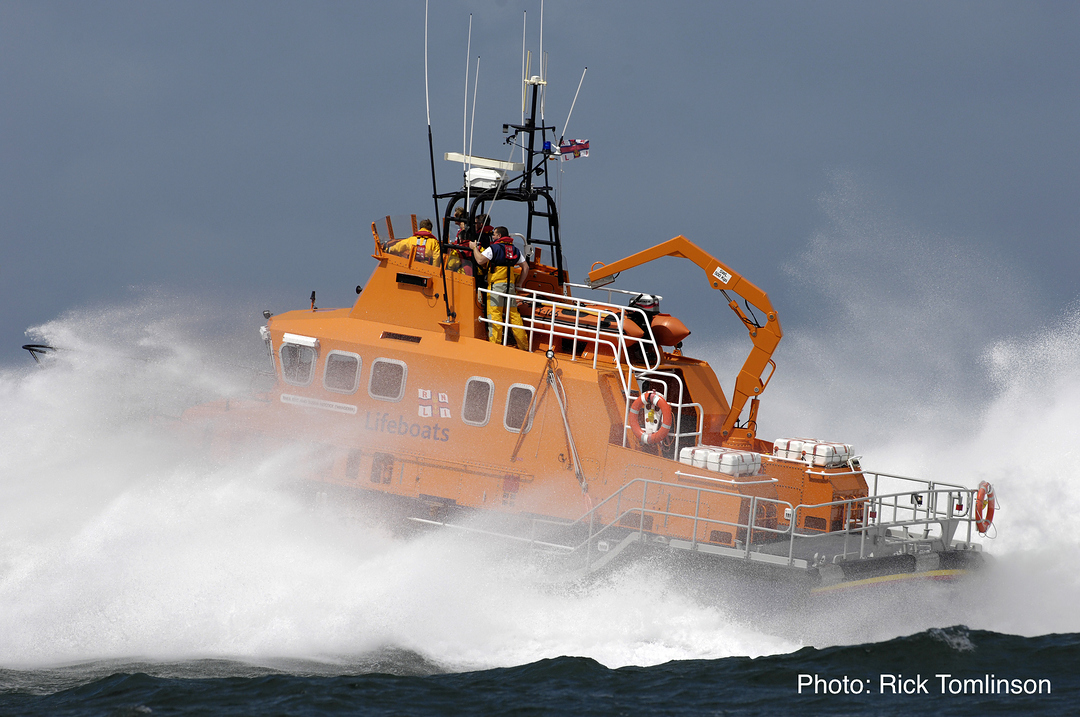 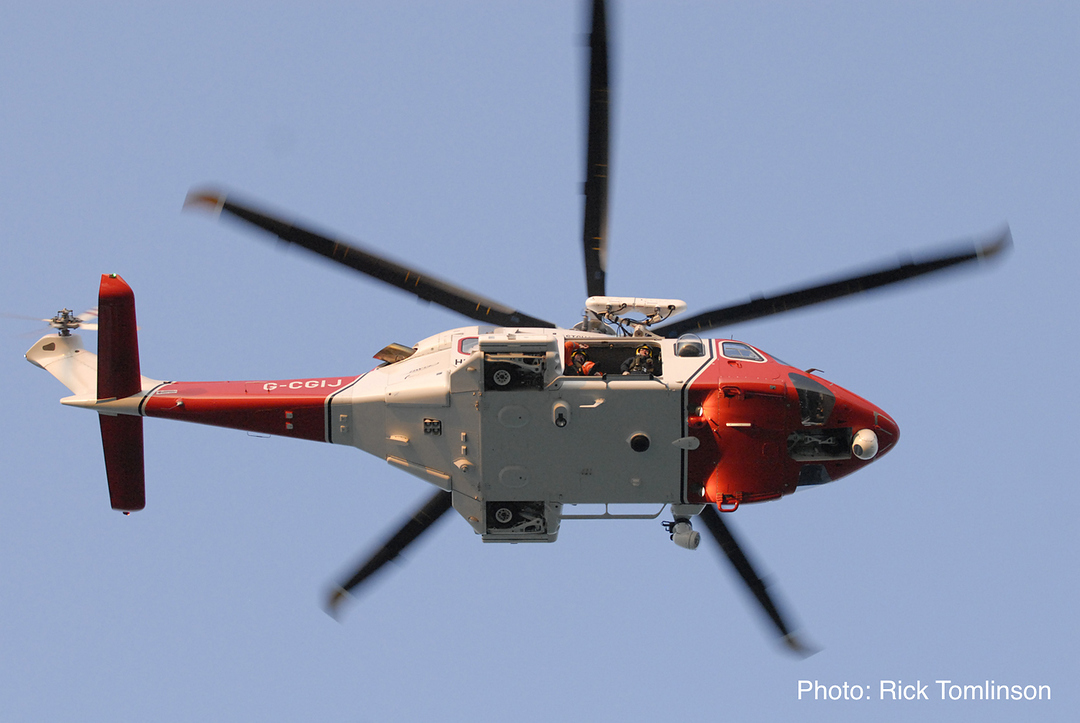 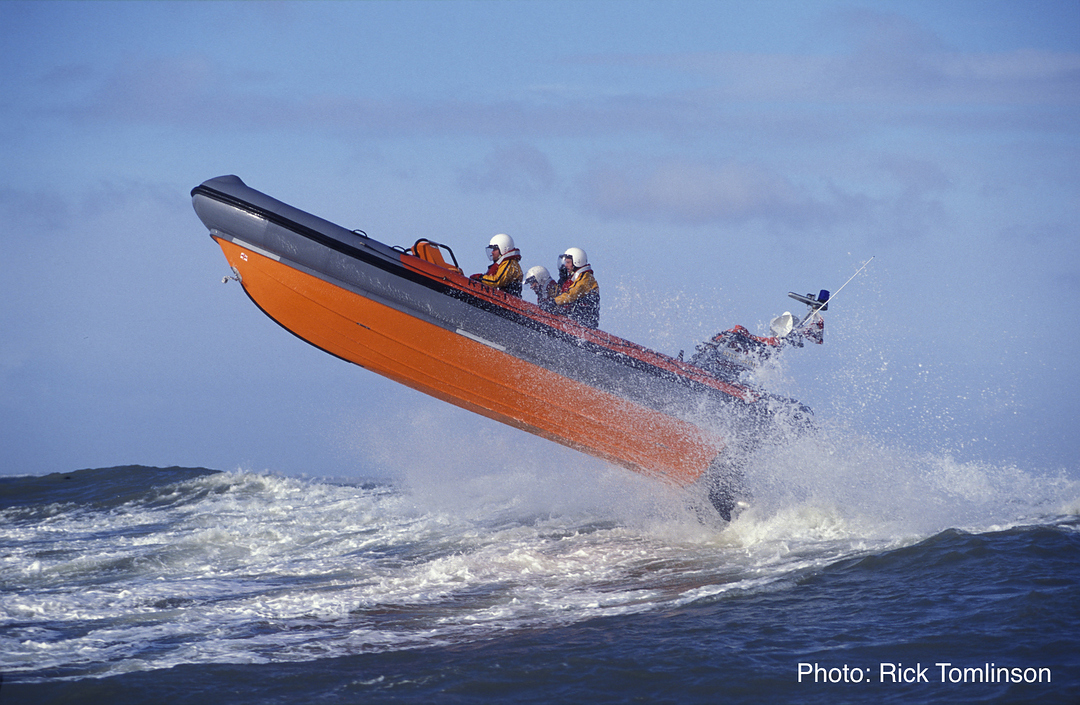 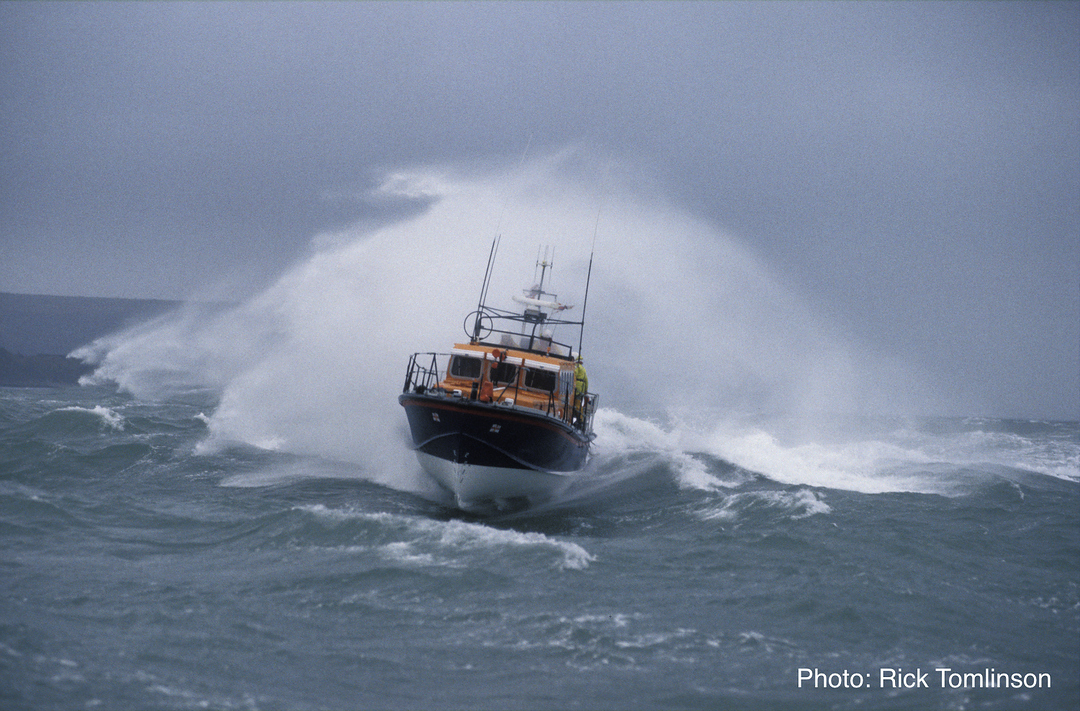 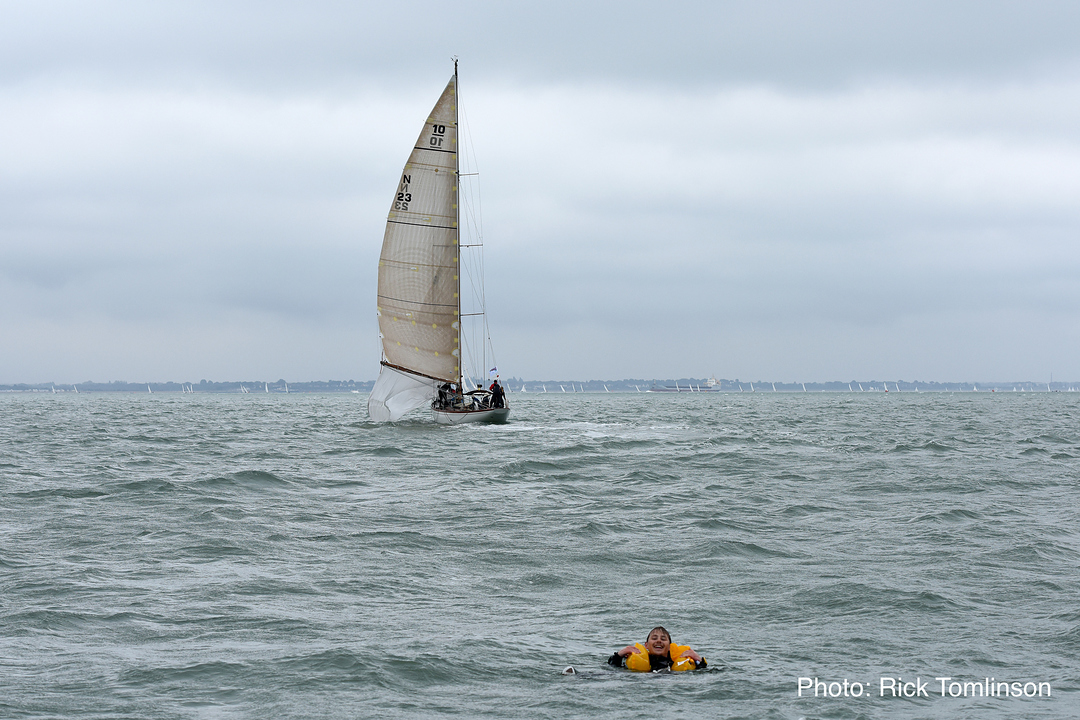 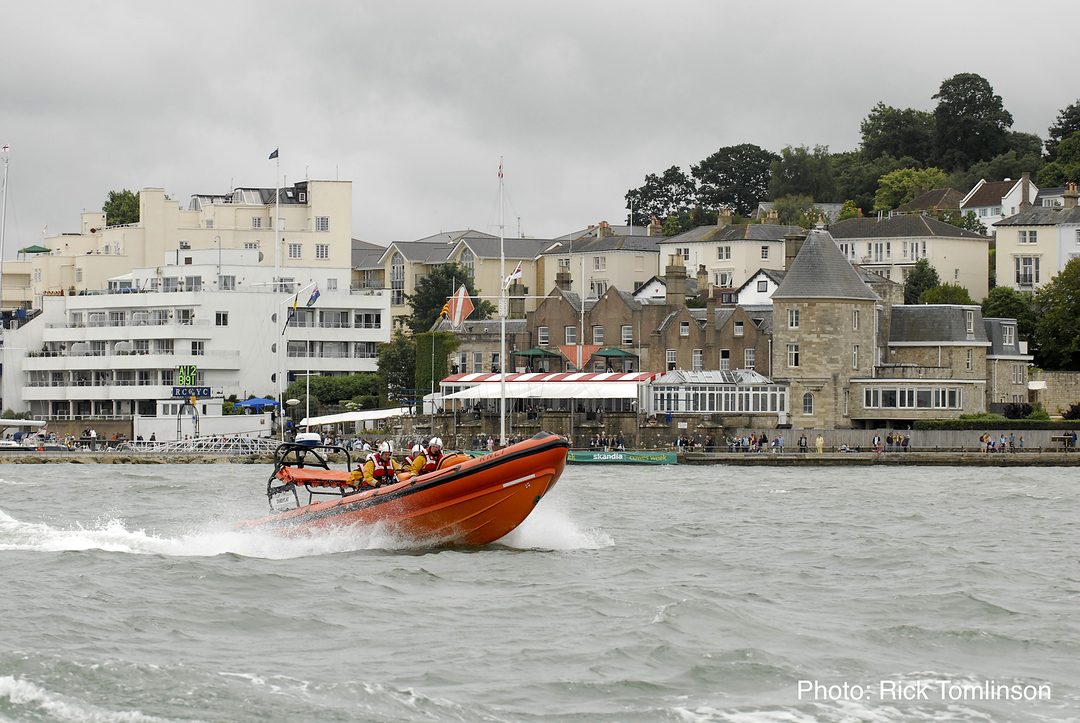 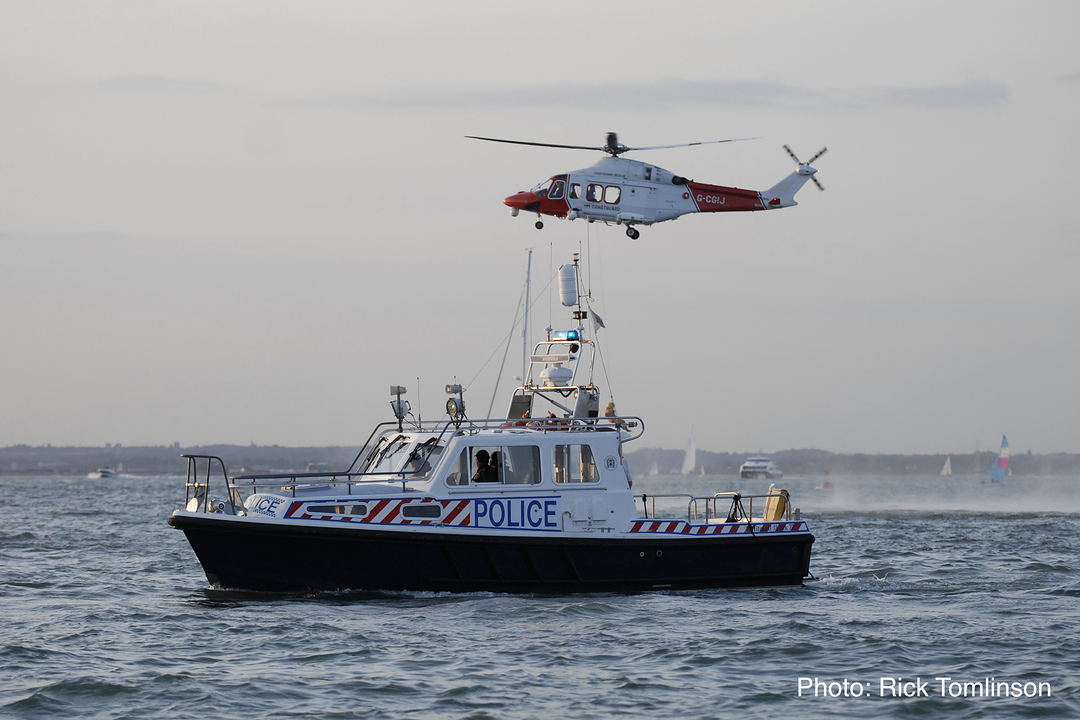 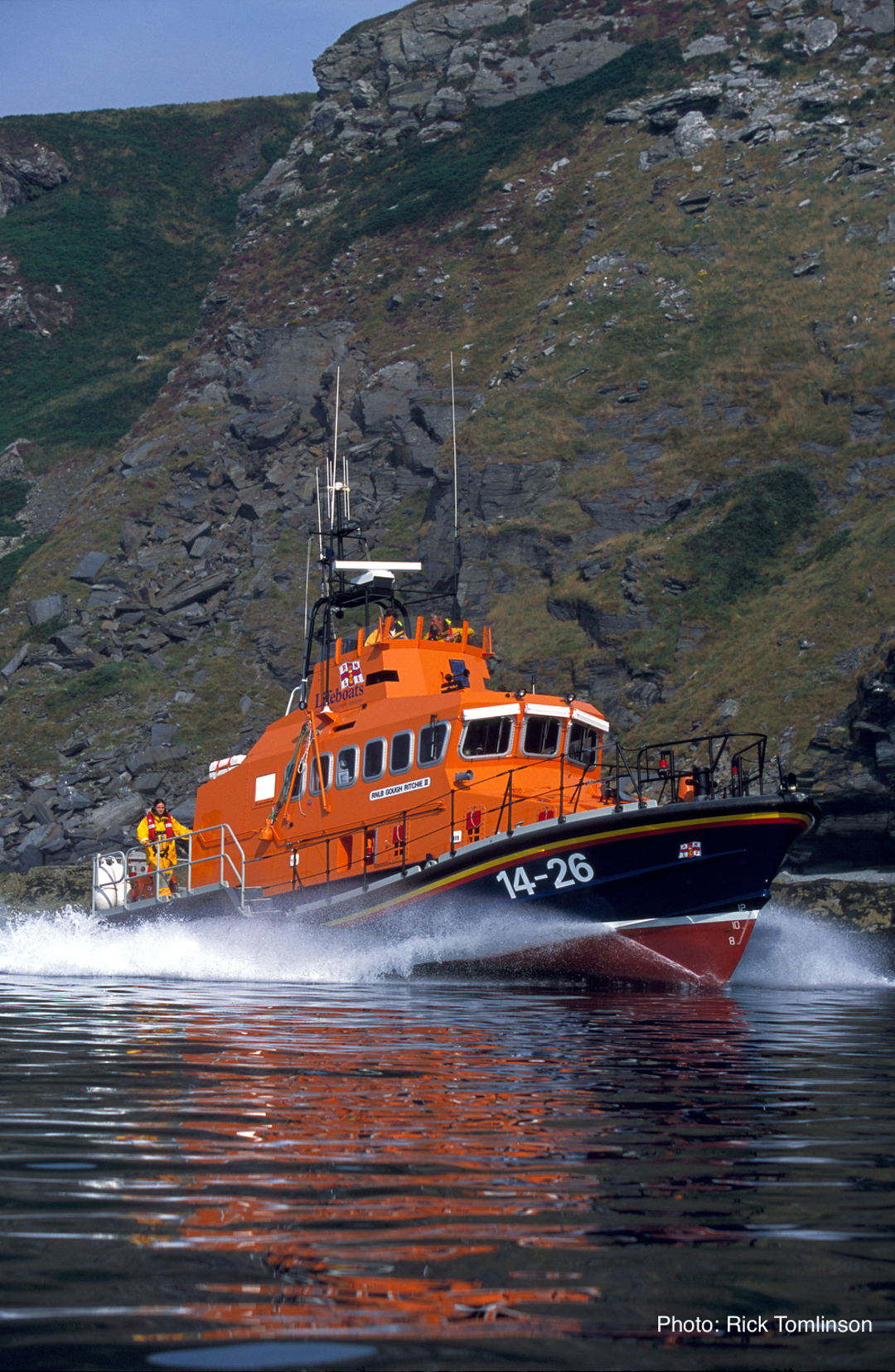 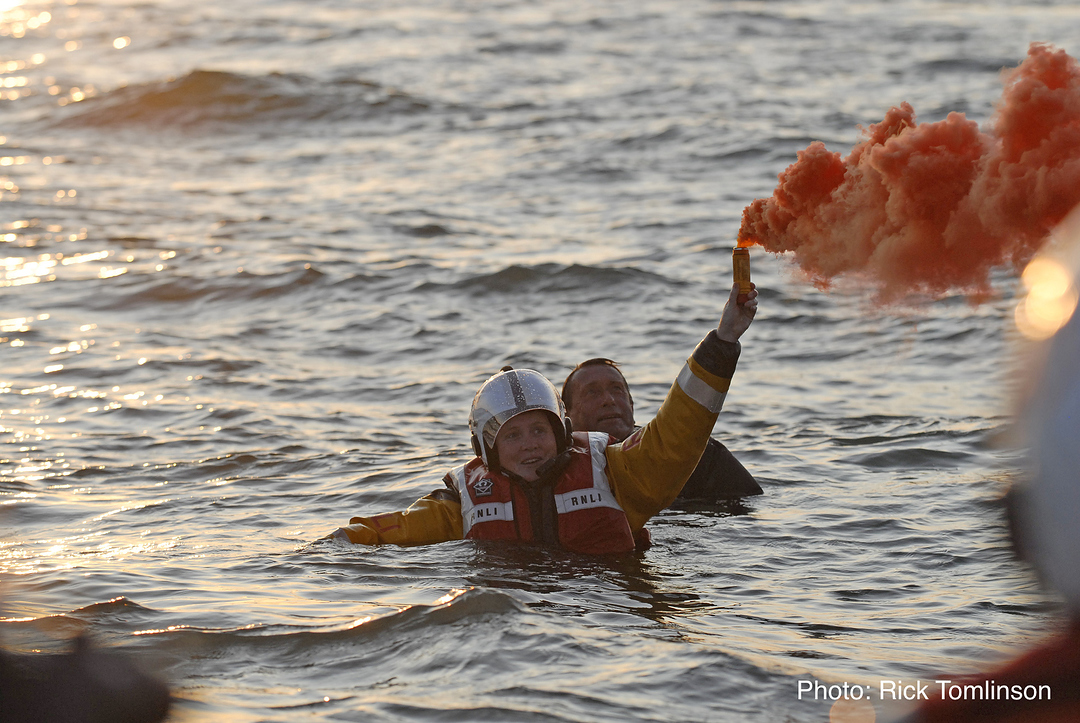 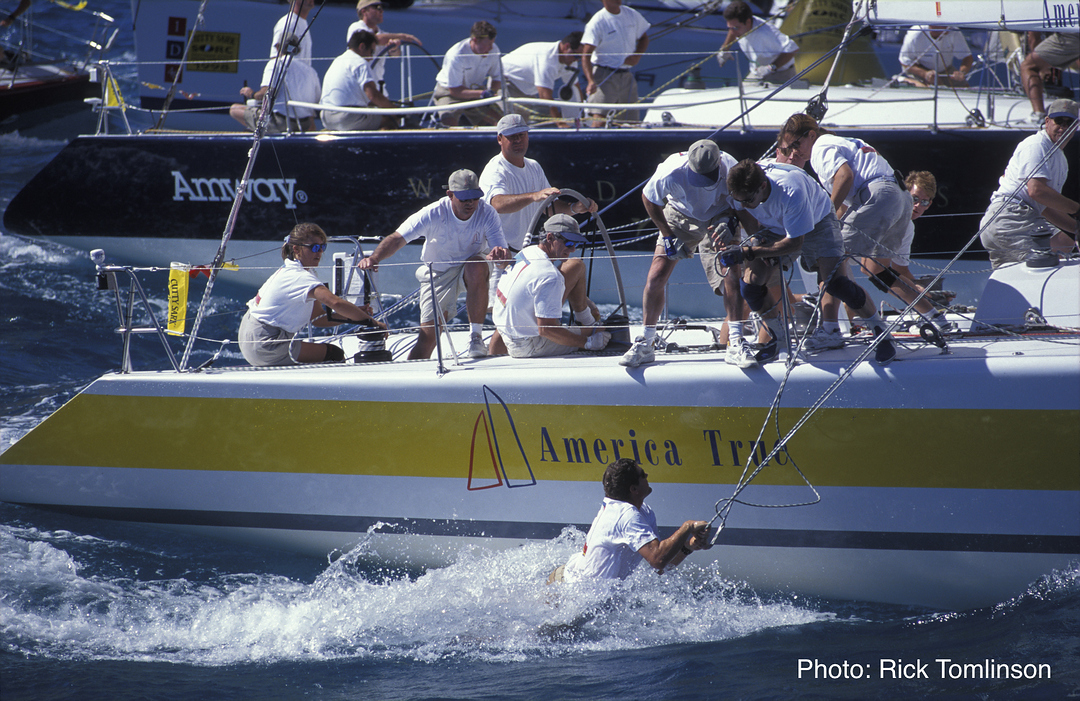 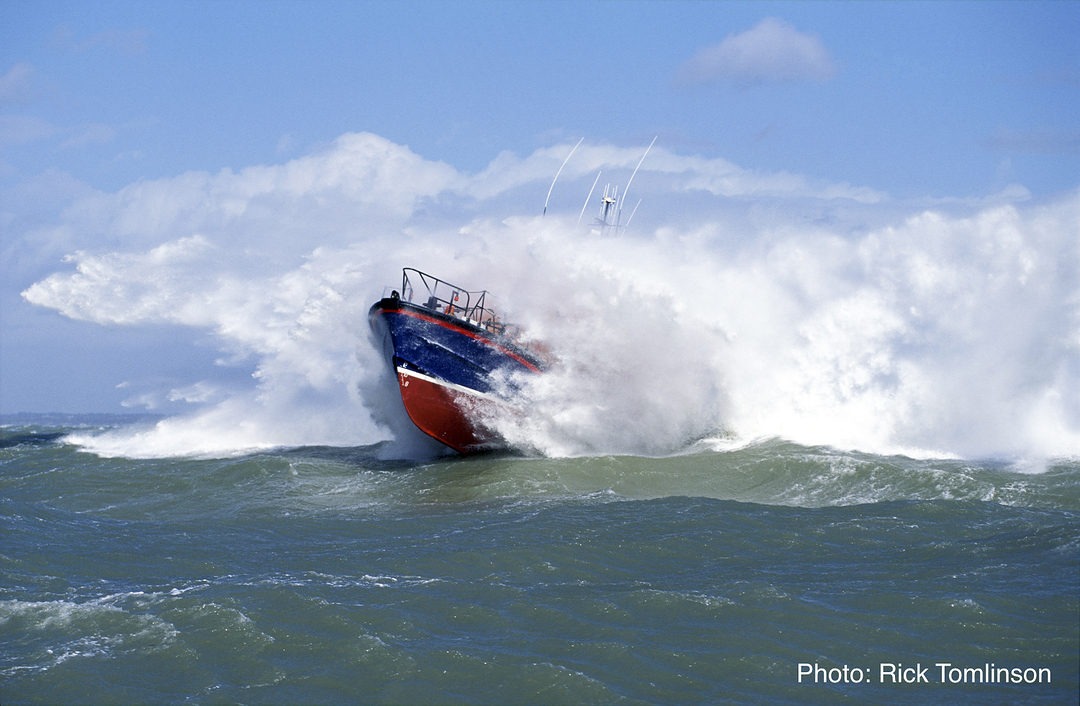 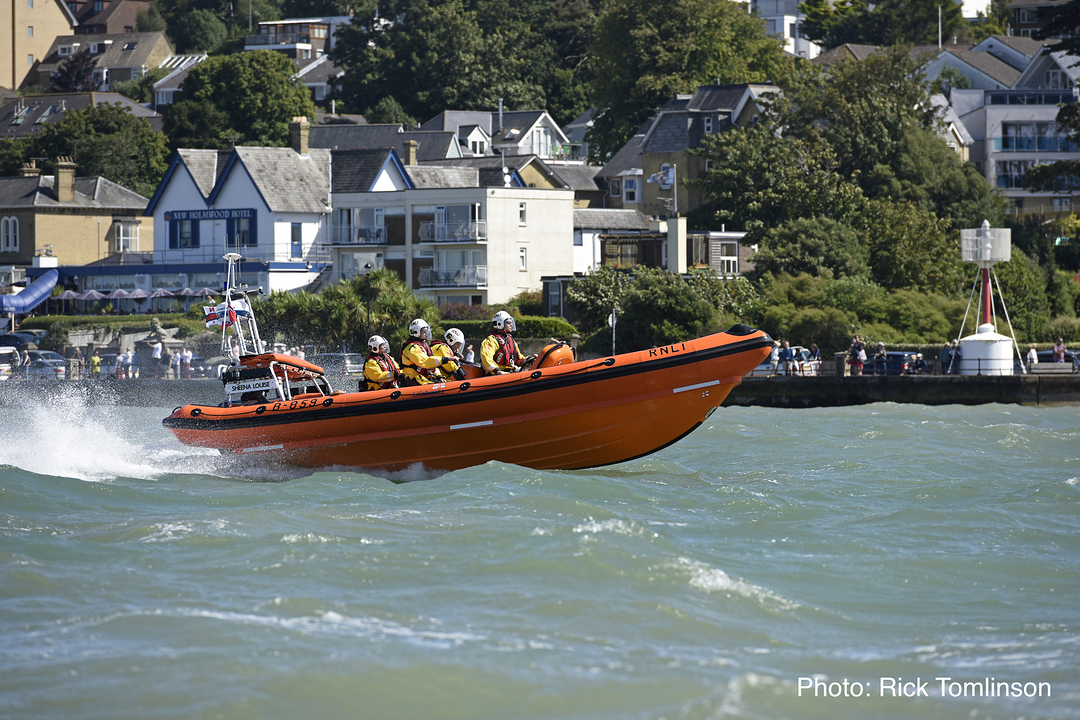 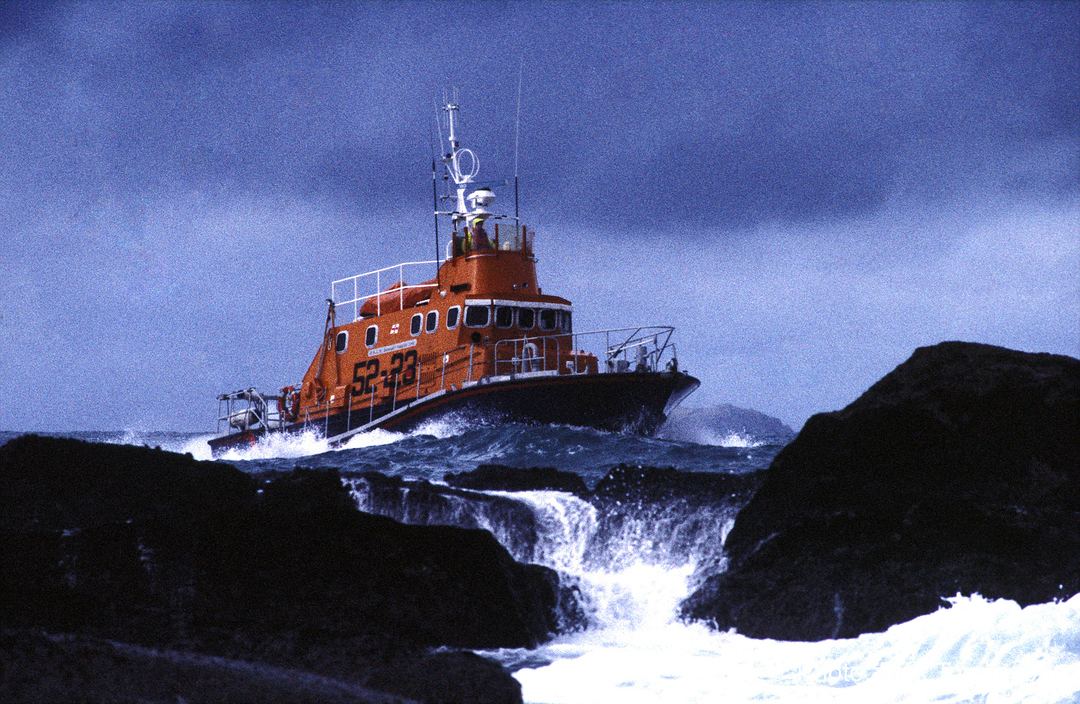 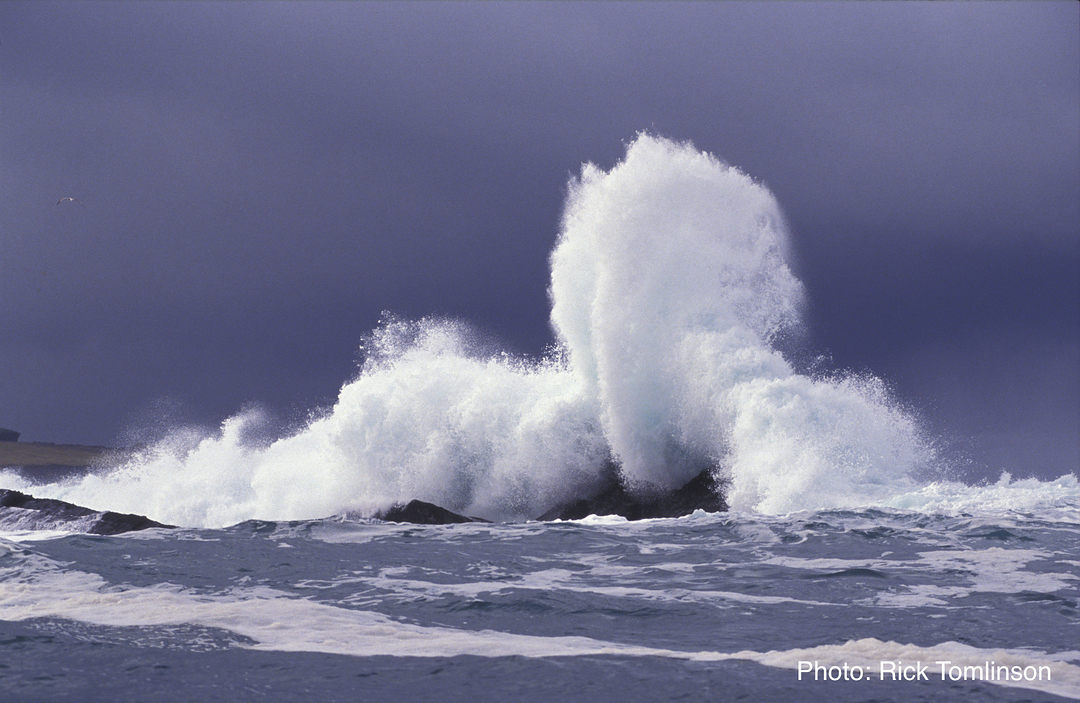 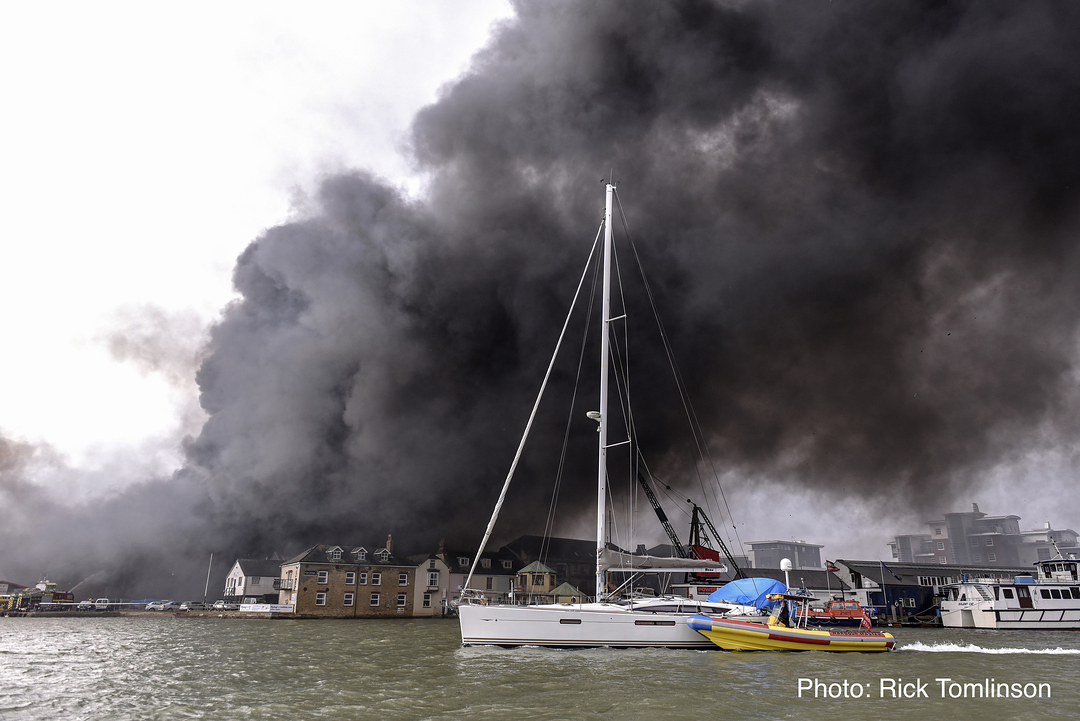