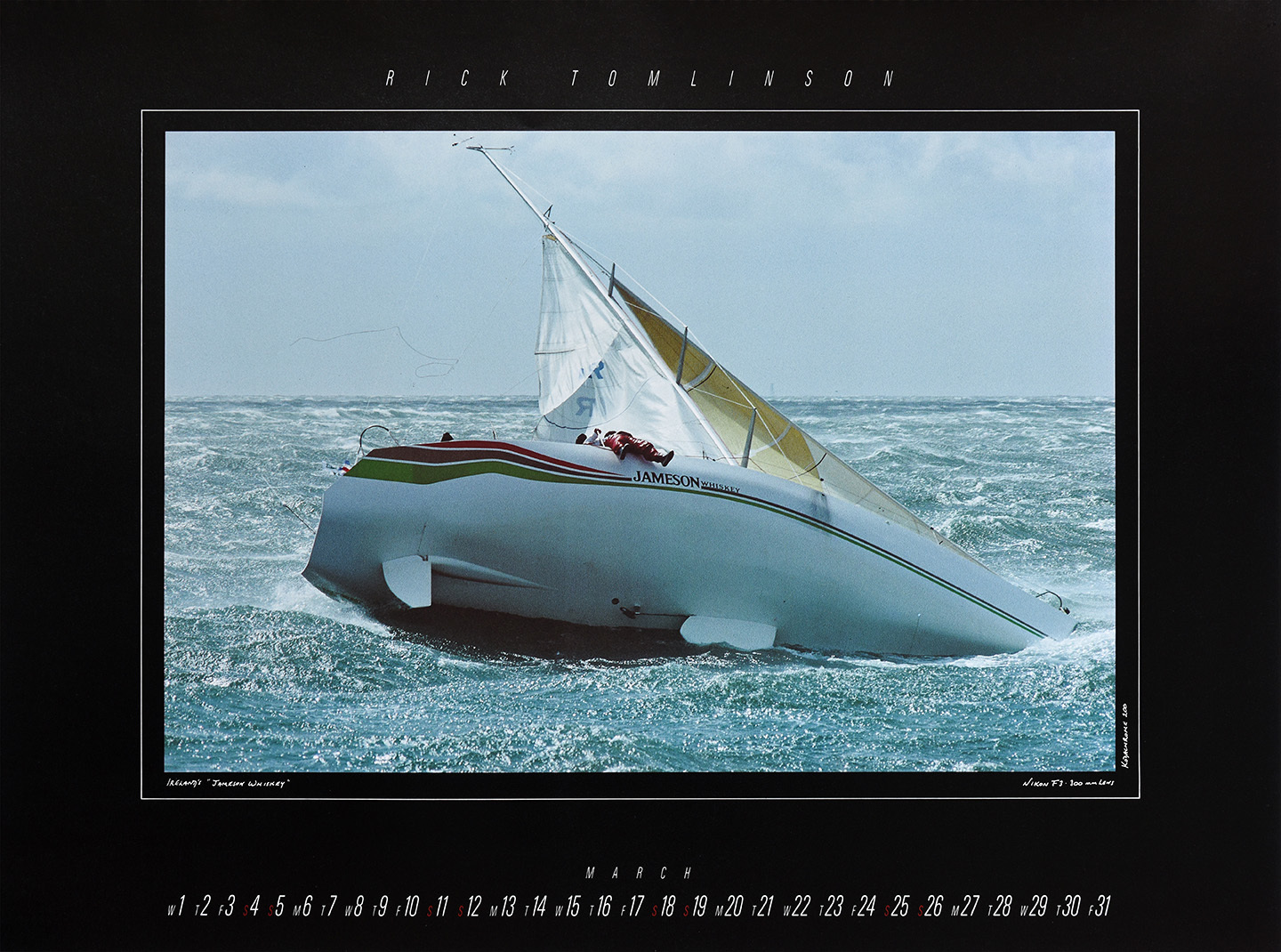 The first calendar came out in 1989, I had been a professional photographer for just over a year following the Whitbread on Drum in 85/86.The story of the Jameson picture is well known but the other significant picture was of the Gotland Runt fleet in Sandhamn, Sweden.I was racing on the maxi Nirvana along with some legends from the era like skipper Neil Cheston, John Foster, Taff, Phil Harris, Paul Standbridge Patrick Banfield etc.While at the dock something needed doing at the top of the rig and I volunteered, and took my camera on the off chance there was a picture.

One of my favourite boats from 1989 edition was the Adrian Thompson trimaran "We" sailed by Phil Steggall.The boat was foiling and had a wing mast and was, like most of Adrians designs, ahead of its time.

Other shots in this edition included:

Drum on the first leg of the 85 Whitbread, the IOR 50's racing off Miami in one of their first events.

I had been to my first Kenwood Cup in Hawaii the year before which I thought was the ultimate place to sail/photograph and included pictures of Windward Passage and Sovereign.

The International 14 is from the Pompey Perisher 1988, and Jamarella from the Admirals Cup

Not sure which Swan bow that is, possible Crackerjack in Guernsey at the Swan Europeans 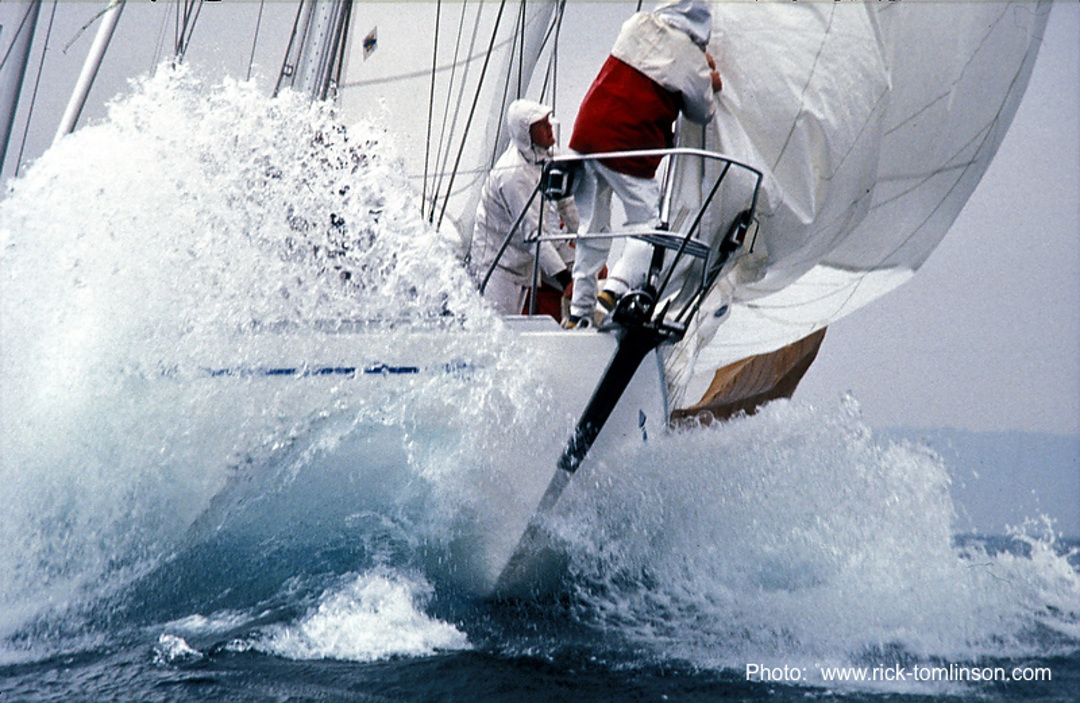 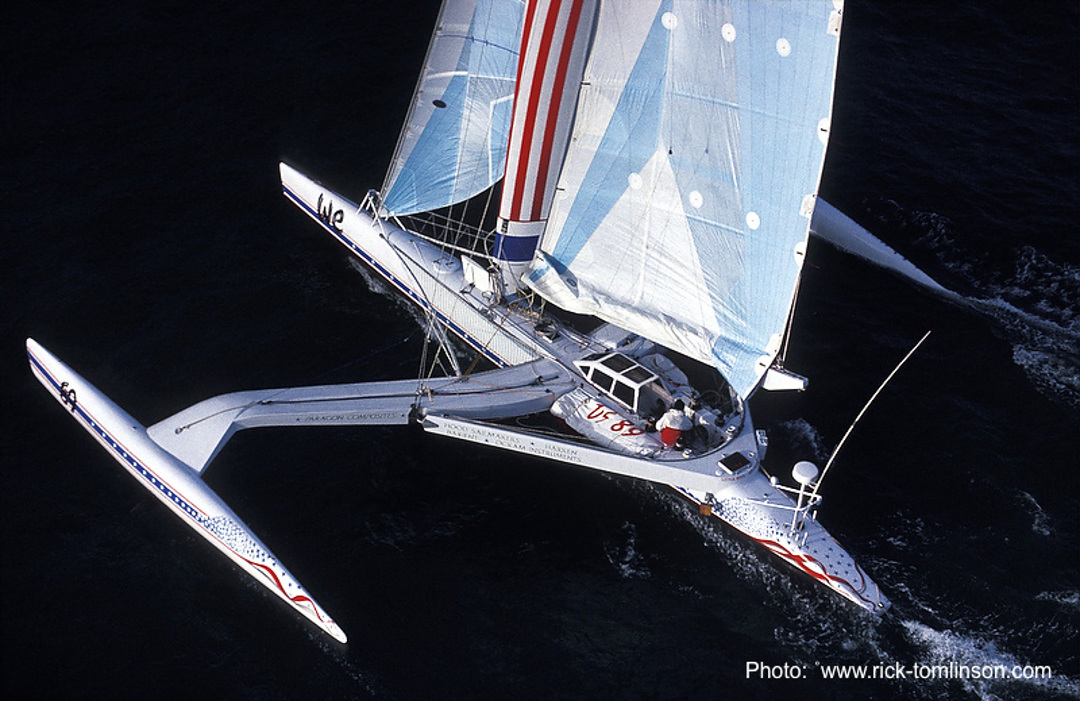 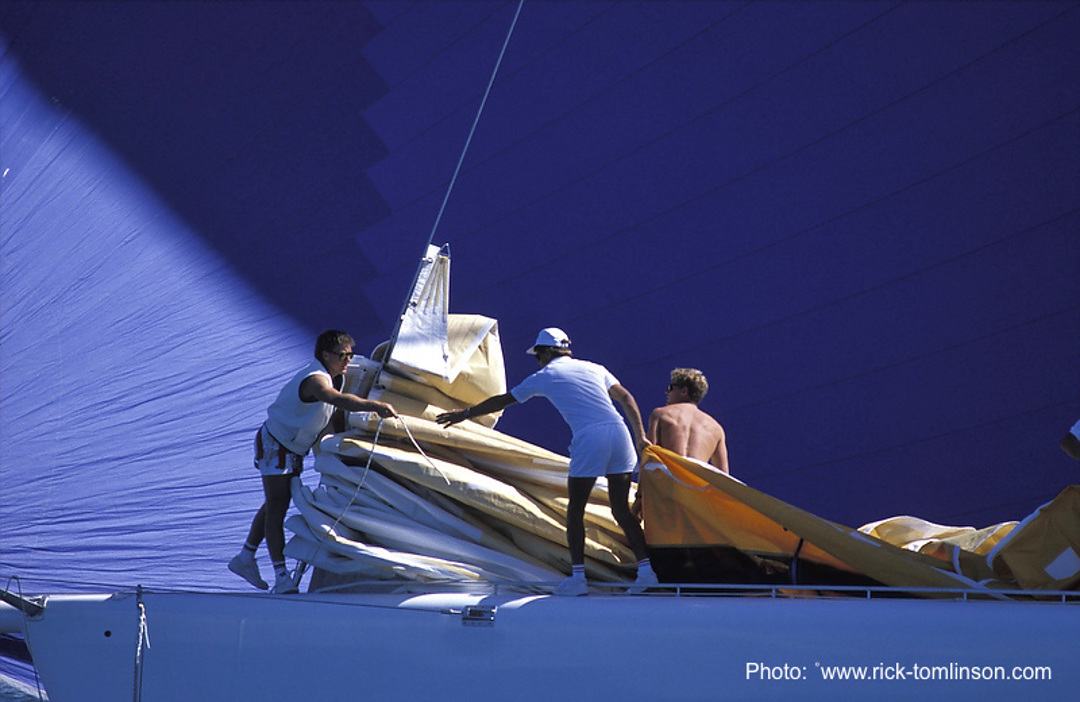 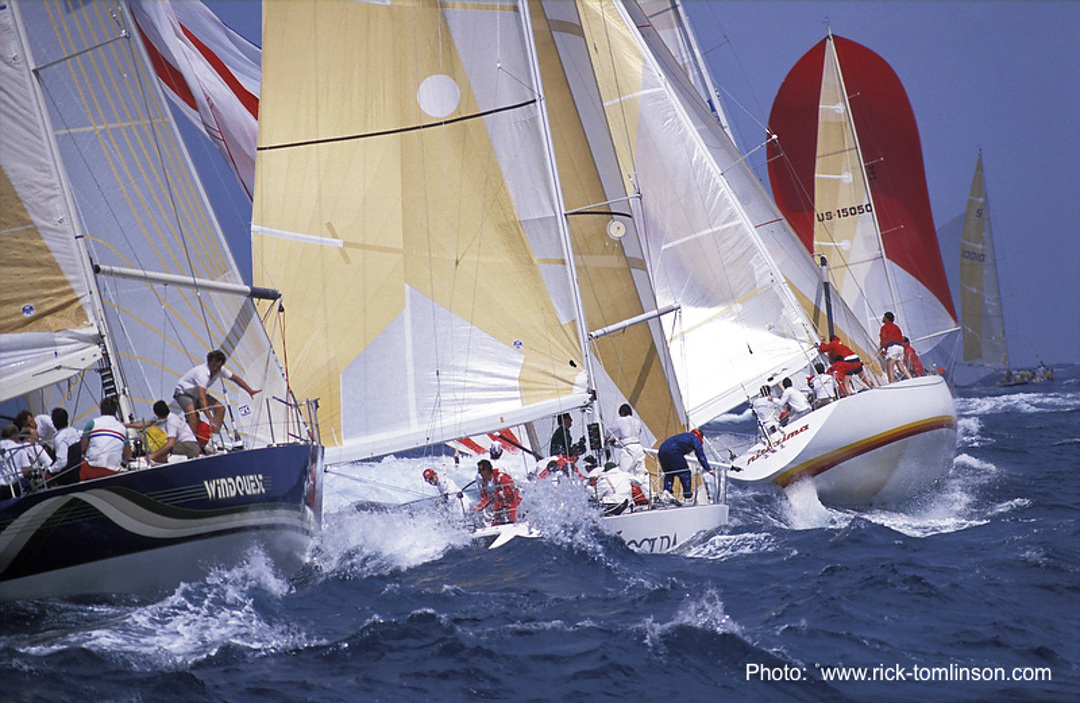 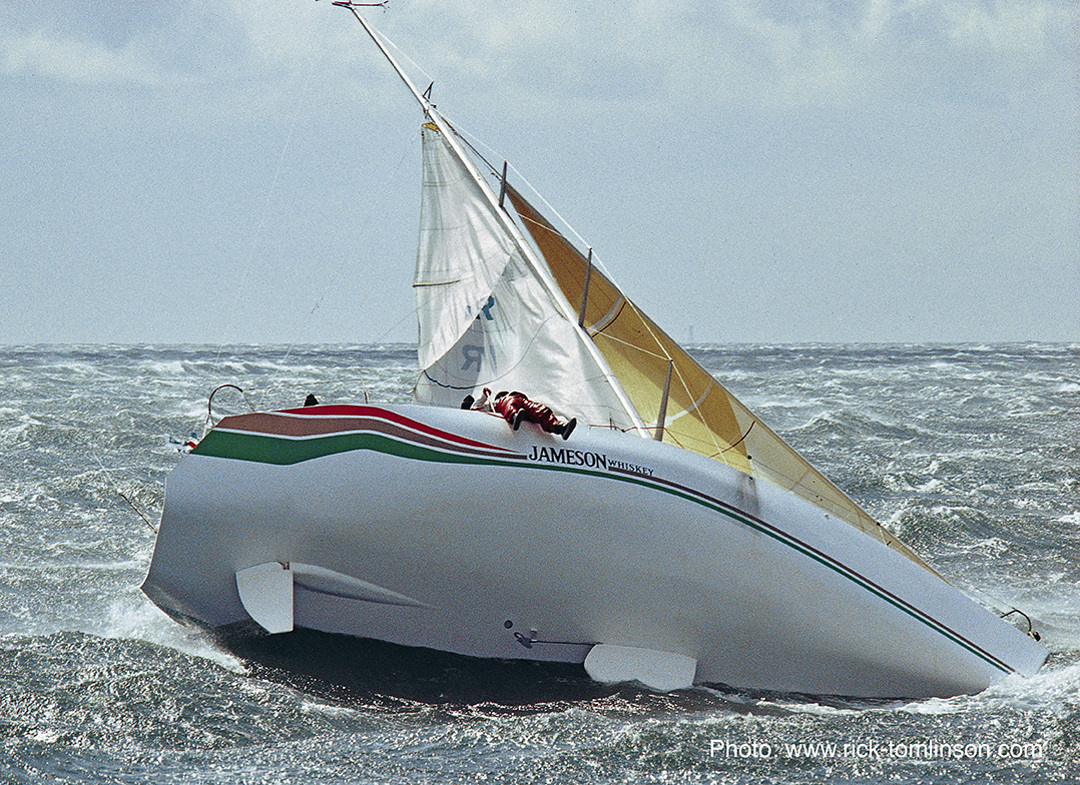 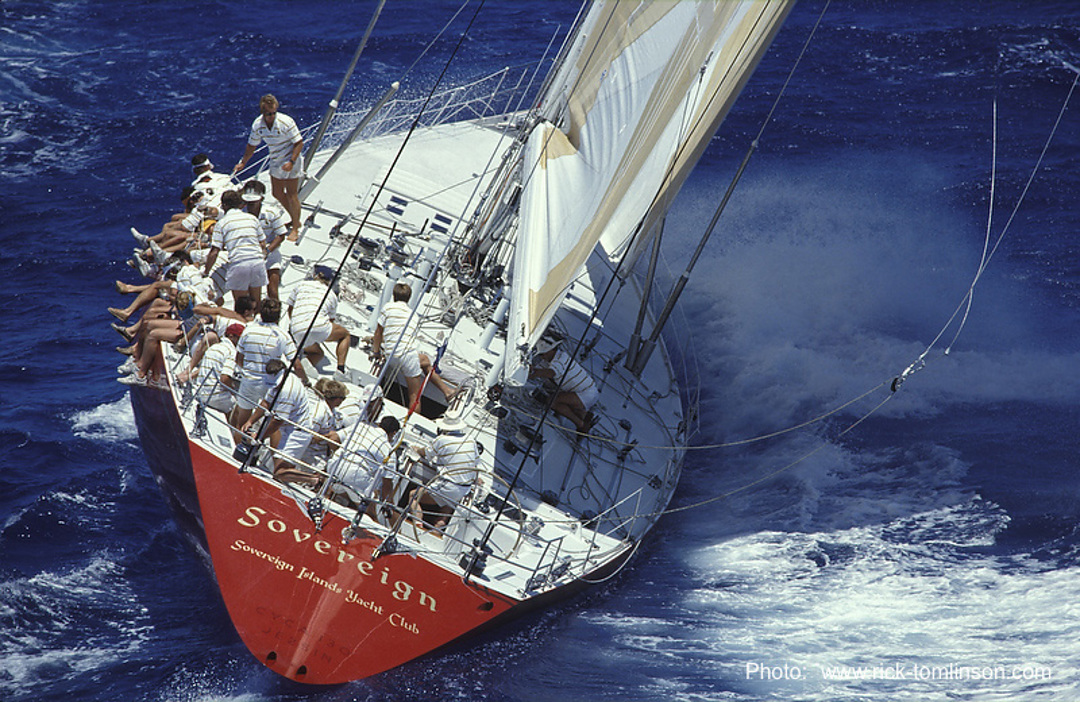 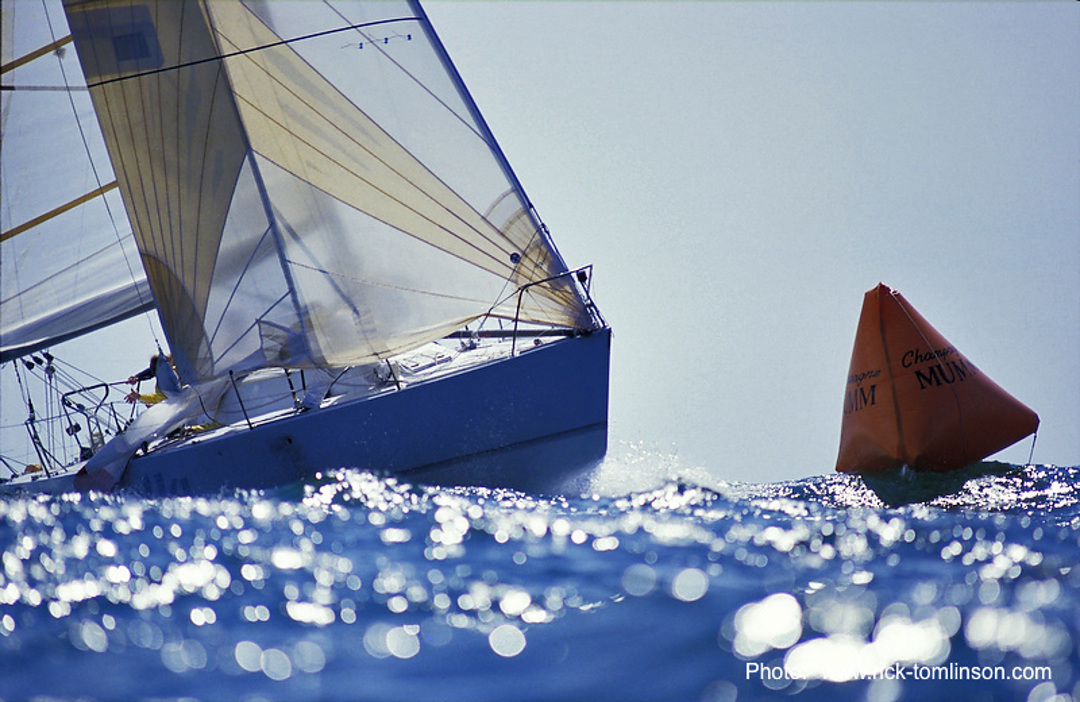 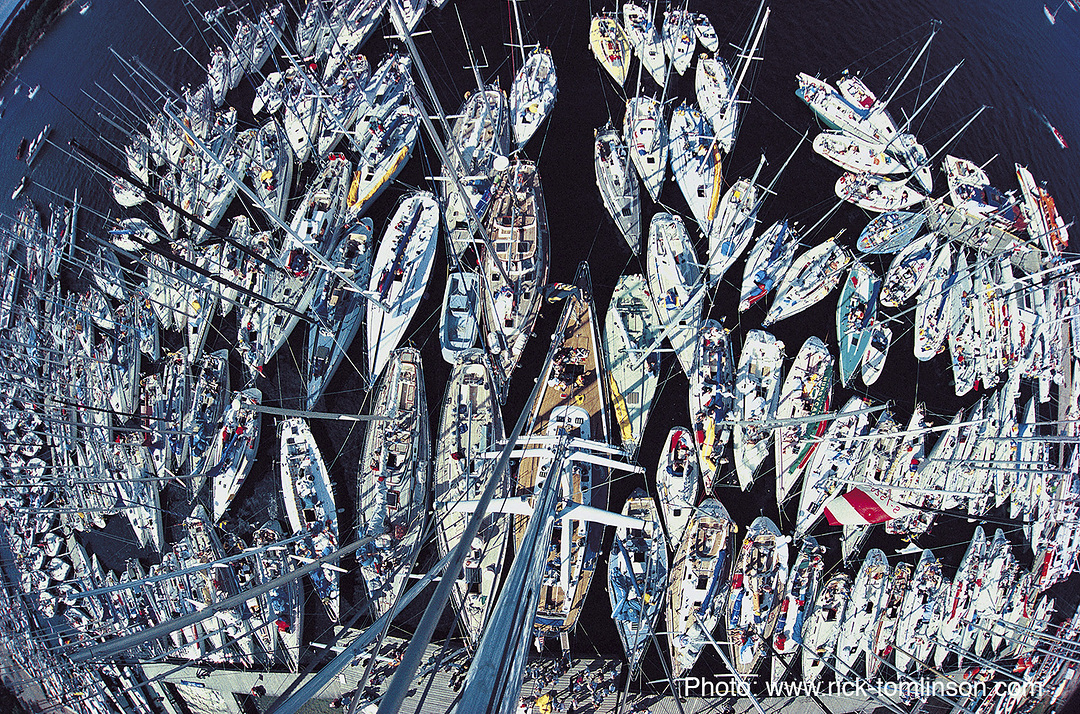 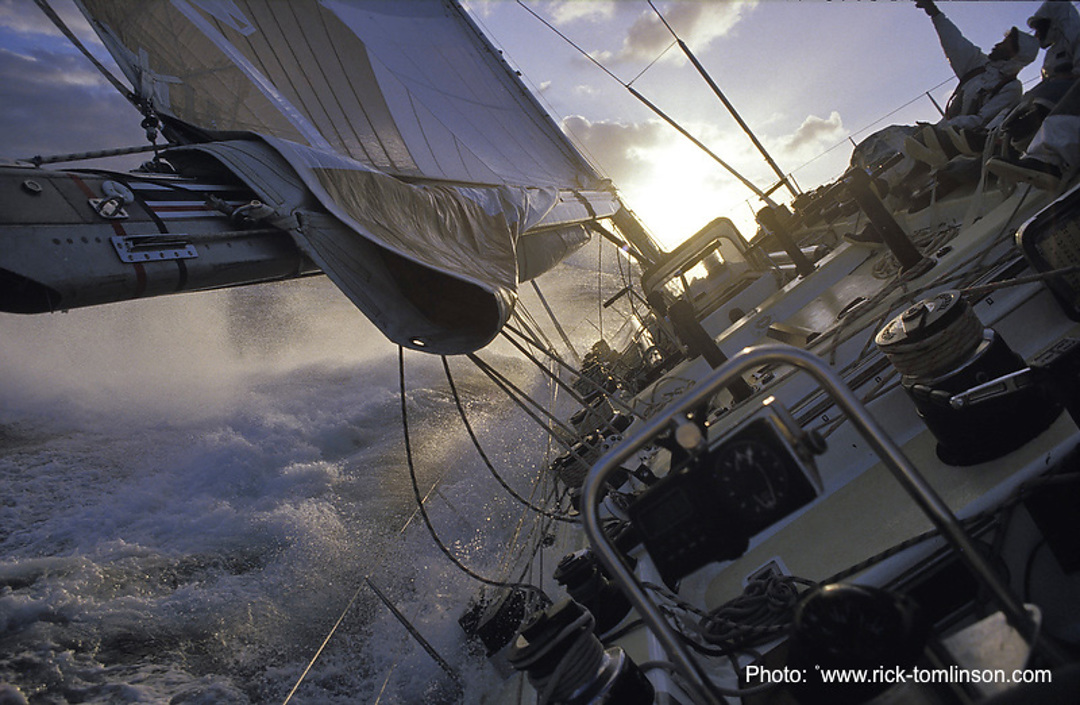 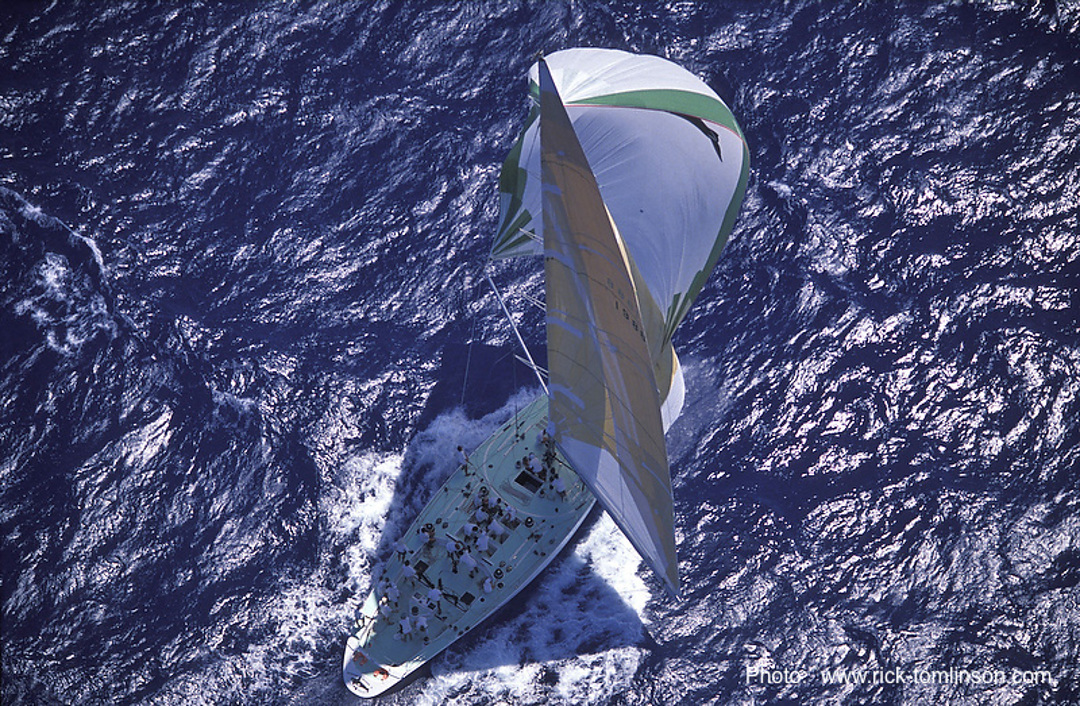 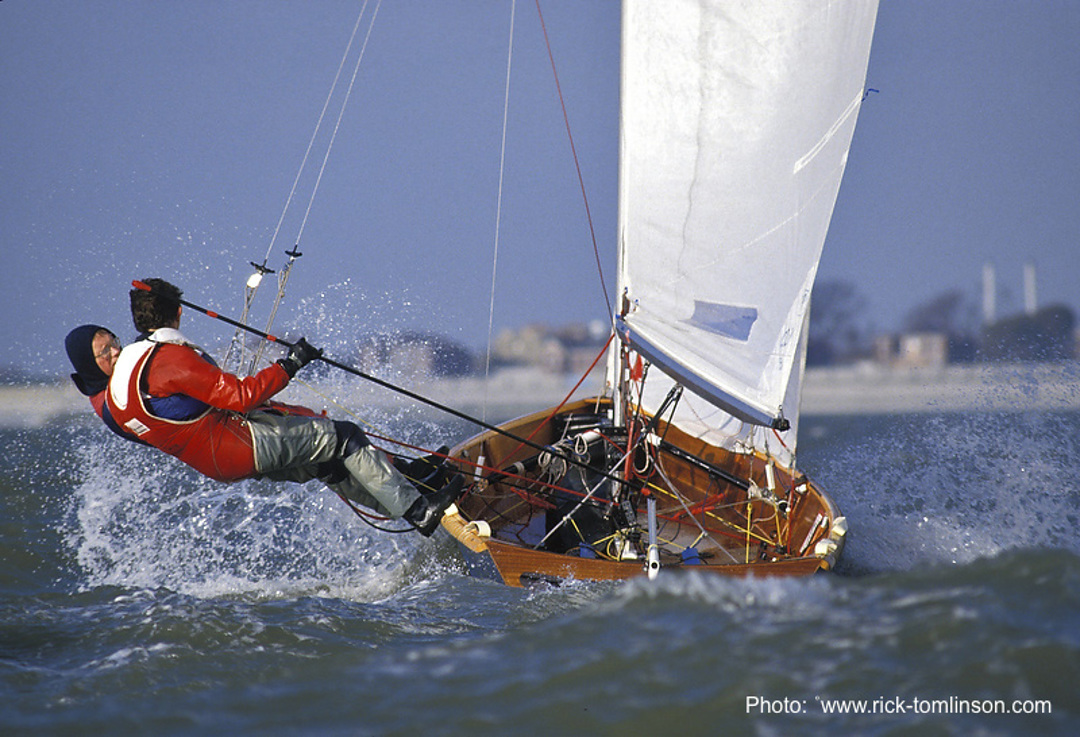 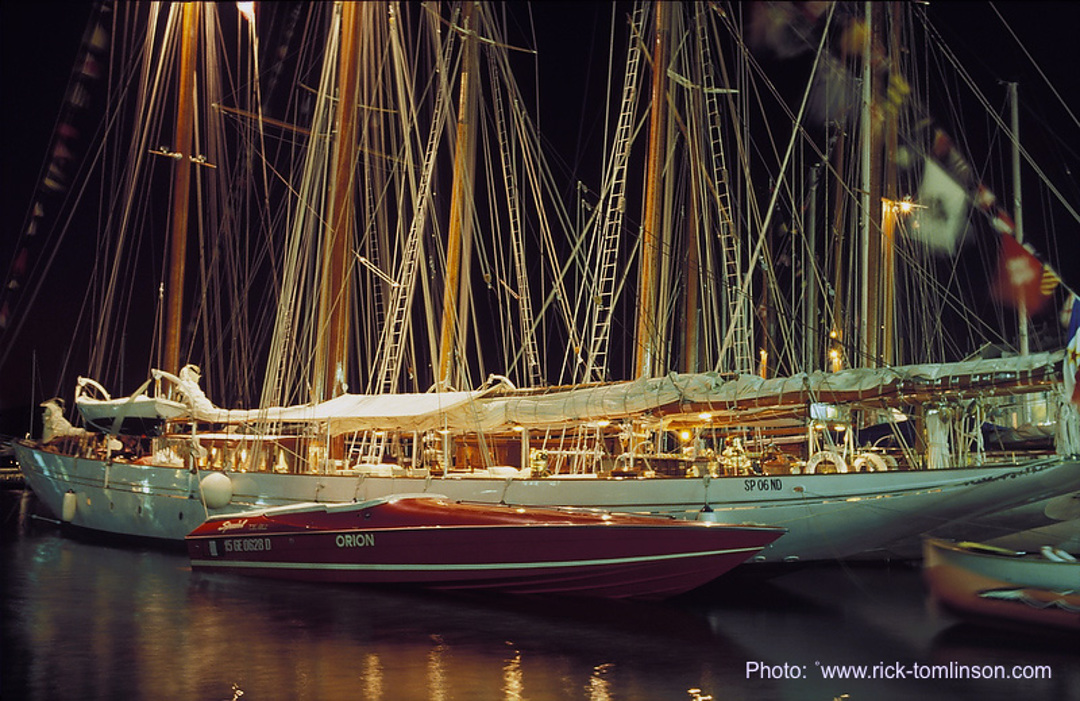